Frequent sauna bathing is good as it reduces the risk of stroke, said a new international study.

The study followed people taking a sauna for 15 years and found the frequent goers benefit more from it. Those taking saunda 4-7 times a week were 61% less likely to suffer a stroke than those taking a sauna once a week, said the study published in the journal Neurology.

A team of scientists from the Universities of Eastern Finland, Bristol, Leicester, Atlanta, Cambridge and Innsbruck, based on the population-based Kuopio Ischaemic Heart Disease Risk Factor (KIHD) study on 1,628 men and women aged 53 to 74 years living in the eastern part of Finland, found the most accurate results.

The association persisted even when taking into account conventional stroke risk factors, such as age, sex, diabetes, body mass index, blood lipids, alcohol consumption, physical activity and socio-economic status. The strength of association was similar in men and women.

A previous study conducted in Finland, surveyed 1,621 middle-aged men, who had normal blood pressure. During the observation for 25 years, 251 of them developed hypertension. Men who go for a single sauna session per week are 46 percent more likely to develop hypertension than the ones who visit the sauna at least four times a week, said Jari Laukkanen, a professor of medicine at the University of Eastern Finland and the lead author of the study.

The sauna’s warmth improves blood flow by increasing the flexibility of the blood vessels. A typical Finnish sauna can help in relaxation, thereby moderating blood pressure. Additionally, the act of excessive sweating acts as a natural diuretic: a long-trusted drug to cure hypertension.

Another study on the benefits of sauna, conducted by Minna L. Hannuksela and Samer Ellahham, states that regular visits to the sauna cause cardiovascular and hormonal changes that may provide relief to patients with asthma and chronic bronchitis, besides soothening skin conditions like dermatitis and psoriasis. 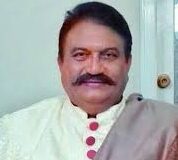 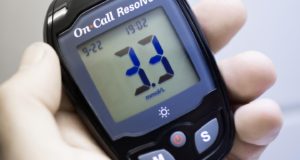