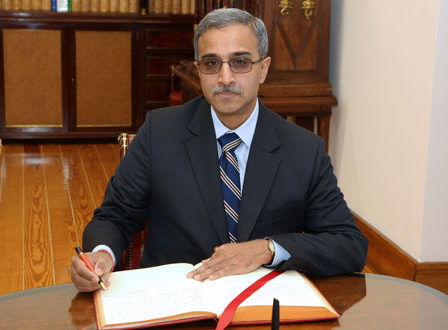 D. Bala Venkatesh Varma, currently Indian ambassador to Spain has been appointed the next Ambassador of India to the Russian Federation. Mr Varma from the 1988 batch of IFS is expected to move to Moscow soon.

“He is expected to take up his assignment shortly,” said a press release of the External affairs Ministry. Mr. Varma earlier served in several capacities, including the assignments at the United Nations. He became Indian ambassador to Spain on January 19, 2017.

Active in academic and business meetings around Madrid, Mr. Varma held several meetings and interactions with the Spanish commercial and business officials throughout his stint in Madrid.

Among the areas he showed interest include sectors of potential collaboration such as infrastructure, renewable energy, tourism, digital banking, Smart cities, railways, food processing, machinery, water management, information technologies or the pharmaceutical sector, among others, and to strengthen the overall trade and business relations between India and Spain.

In a reshuffle of ambassadors announced a day before the Independence Day, Mr Partha Satpathy from the 1990 batch who a Joint Secretary at the headquarters in Delhi has been appointed as the next Ambassador of India to Ukraine.

Mr Rahul Chhabra (IFS:1987), presently Ambassador of India to Budapest has been appointed as the next High Commissioner of India to the Republic of Kenya, said a statement issued by the Ministry of External Affairs, India. He is expected to take the charge soon, said the statement. 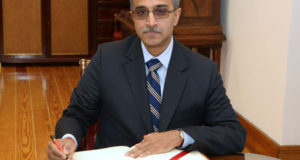