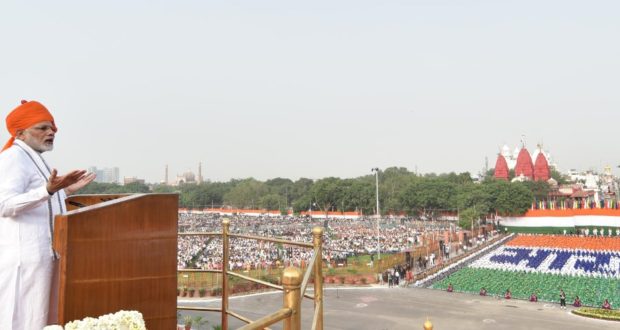 Prime Minister Narendra Modi addressing the Nation on the occasion of 72nd Independence Day from the ramparts of Red Fort, in Delhi on August 15, 2018.(PIB)

India’s Prime Minster Narendra Modi today, August 15, 2018, addressed the nation from the ramparts of the Red Fort on the 72nd Independence Day. Following are the highlights from his speech: