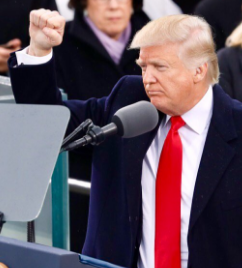 With China as main target, the Trump Administration sought to extract $60 billion in new tariffs. Next, turning its attention on call centres in  India, Mexico and the Philippines, a US bill introduced in Senate this week seeks to stifle offshore centres.

The bill, introduced by Democrat Senator Sherrod Brown, wants to create a public list of companies which outsource call centre jobs and deny them federal contracts. It further wants to empower customers to get the call from offshore centres transferred to a local call centre in the US.

Essentially, the call centre employees in India or the Philippines have to reveal their location and upon request transfer the call to a local service agent. “Jobs at call centres are some of the most vulnerable to offshoring. Too many companies have packed up their call centers in Ohio and across the country, and moved to India or Mexico,” said Brown, a Senator from Ohio.

Ohio has experienced shut down of several manufacturing units owing to US trade and tax policy that favoured them to shut down operations, avail tax credit and ship production to Mexico or China, he said defending the bill introduced in the Congress.

A study by the Communications Workers of America has showed that besides India and the Philippines, several US companies have recently opened call centers even in countries like Egypt, Saudi Arabia, China and Mexico.

An estimate by the Indian National Association of Software and Services Companies (NASSCOM) shows that Indian’s revenues from the offshore Business Process Management (BPM) amount to $28 billion annually. If the bill gets through, it will make a huge dent in India’s burgeoning employment situation in call centres and BPMs. 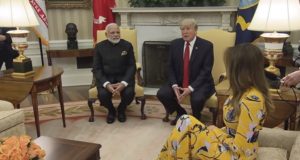