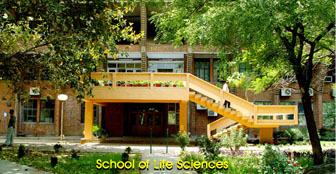 Atul Johri, a professor at JNU’s renowned School of Life Sciences was detained by Delhi Police after receiving complaints from female students accusing him of sexual harassment.

On Friday, a group of women researchers from his lab, backed by the JNU Students Union, filed an FIR in Vasant Vihar police station stating that the professor used to call them to the lab in the night and tried to make unwanted sexual advances, which Johri denied.

The students also said the said professor was involved in financial irregularities. In a statement issued by the students, it was said, “There is a financial nexus between the professor and the administration. No instrument has been purchased for years, but still crores of rupees have been spent.”

JNU students have protested against the professor inside the campus and also staged one outside the police station, demanding the professor’s suspension. Many JNU professors have come out in support of the students and demanded all eight complaints by students be registered as eight FIRs.

Delhi Police has filed an FIR, and the Delhi Commission for Women (DCW) on Tuesday sought an update on the issue from the police and JNU registrar. He was produced before a magistrate and was granted bail.

Denying the accusations, Johri said the group of students failed to attend the labs regularly and when he mailed them for compliance to attendance, he was being targeted with sexual harassment charges.

Usually, experiments in the School of Life Sciences require the presence of research students during the night, sometimes beyond the midnight. Though it is not unusual for them to spend time in the lab during the nights, this is the first time that a sexual harassment case has come to light.

The School of Life Sciences (SLS) was established on the basis of a report prepared by a panel headed by Prof. M.S. Swaminathan in the year 1970 and the school has produced some outstanding scientists.

Atul Johri, a Ph.D. from Delhi University with specialization in microbial pathogenesis and membrane proteins structure, joined JNU as Assistant Professor in 2004 and became a professor in February 2014.