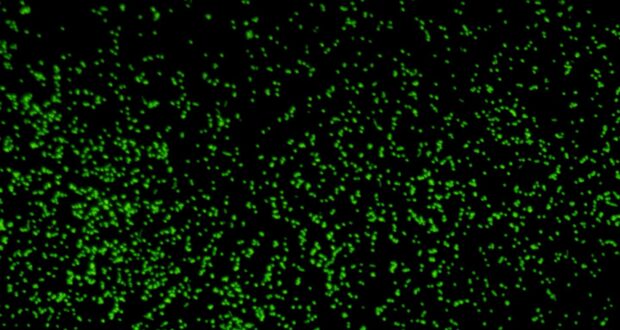 100-million-year-old microbes revived in Japan labs, only to see them hungry and ready to multiply

A team of researchers from Japan have brought some sediment samples from the seafloor to study the past climate. Small life forms such as microbes trapped in the sediments too were revived too given the right food and right lab conditions and to the surprise of the researchers, they are hungry and ready to multiply aven after remaining dormant for over 100 years.

In a new study published in Nature Communications, the team of Japanese researchers said they gathered the ancient sediment samples 10 years ago during an expedition to the South Pacific Gyre, where the lowest productivity and fewest nutrients are available to fuel the marine food web. On the seafloor, there are layers of sediment consisting of marine snow or organic debris sourced from the sea surface, dust, and particles carried by the wind and ocean currents. These microbes get trapped in this sediment.

Not a lifeless zone

“Our main question was whether life could exist in such a nutrient-limited environment or if this was a lifeless zone,” said the paper’s lead author Yuki Morono, senior scientist at the Japan Agency for Marine-Earth Science and Technology (JAMSTEC). “And we wanted to know how long the microbes could sustain their life in a near-absence of food.”

Such conditions give room for aerobic microorganisms which require oxygen to live to survive for geological time scales of millions of years.

The team, led by Morono, incubated the samples to coax their microbes to grow and results showed that rather than being fossilized remains of life, the microbes in the sediment had survived, and were capable of growing and dividing.

Capable of reviving, growing and dividing

Morono was taken aback by the results in the lab. “At first I was skeptical, but we found that up to 99.1% of the microbes in sediment deposited 101.5 million years ago were still alive and were ready to eat,” he said.

With the newly developed ability to grow, manipulate and characterize ancient microorganisms, the research team is looking forward to applying a similar approach to other questions about the geological past as life for microbes in the subseafloor is very slow compared to life above it, and so the evolutionary speed of these microbes will be slower.

“We want to understand how or if these ancient microbes evolved,” said Morono. “This study shows that the subseafloor is an excellent location to explore the limits of life on Earth.”