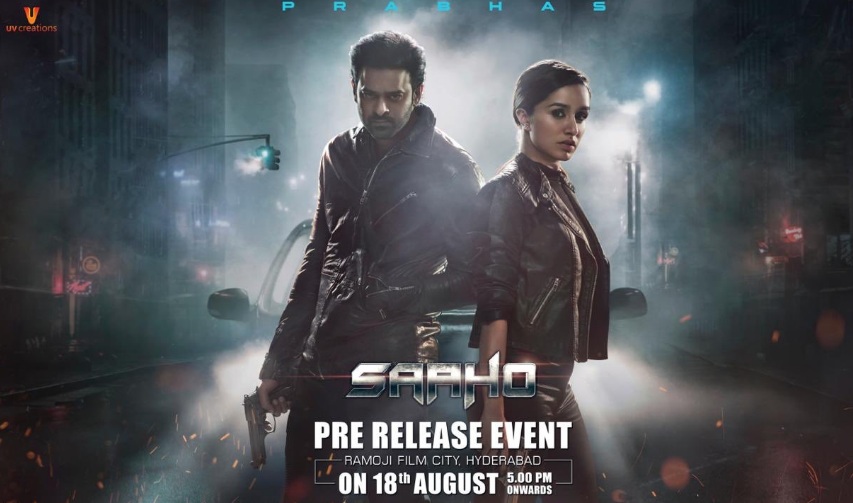 The makers of Saaho are creating a huge buzz once again by having a beautifully crafted ‘World Of Saaho’ at multiplexes across 30 states of India, after treating us with the trailer which was premium with its rich content quality and breathtaking visual depictions.

Talking about ‘World Of Saaho’, the multiplexes are decorated with the posters as well as the name blocks of the movie. This beautiful world was unveiled for all the masses on the occasion of Independence Day, 15th August 2019. Not a single nook of the multiplexes was spared. This has definitely ensured that the magnum opus’ posters have enhanced the grandeur of these multiplexes.
The states and cities whose multiplexes have been crafted as ‘World Of Saaho’ are Mumbai – PVR ECX City Mall, PVR Juhu, PVR Icon and PVR Malad Infinity. In Pune, it’s at Marketcity, PVR Inorbit. Whereas in Telangana, Hyderabad it’s at PVR Kukatpally, PVR Madhapur. In the NCR Region, the posters are in Delhi – PVR Plaza, PVR Anupam, PVR Select City, PVR Rivoli, PVR Narayana.
In Punjab, Chandigarh, the posters are at PVR Elante, PVR Centra and Mohali – North Country Mall. In Chhattisgarh, the World has been crafted at Raipur – City Centre. In Uttar Pradesh, Lucknow the posters can be accessed at PVR Singapore Mall and PVR Sahara Mall. Then in the midst of India, ‘World Of Saaho’ is at the multiplex of Madhya Pradesh in Indore at Treasure Island.
In Rajasthan, it’s at Udaipur – PVR Celebrations. In Gujarat, the man-made world is at Ahmedabad – Acropolis, and Surat – Rahulraj. Last but not least, the fans of West Bengal have also been treated with the world at Kolkata – PVR Mani Square & PVR Diamond Plaza
The high octane action film is already breaking records with its trailer release. Prabhas announced 30th August to be the World Saaho Day for his fans around the nation to celebrate.
Starring Prabhas, an actor who enjoys pan India appeal. Paired with Shraddha Kapoor, the movie is being shot in three languages, Hindi, Tamil, and Telugu, simultaneously.
The movie also has a superlative ensemble cast of Jackie Shroff, Neil Nitin Mukesh, Mandira Bedi, Chunky Panday, Mahesh Manjrekar, Arun Vijay, Murali Sharma, amongst others and the excitement amongst the audience is proof that everyone is looking forward to the release.
prabhas pvr cinemas Saaho release World Of Saaho world of saho 2019-08-17
Staff Writer 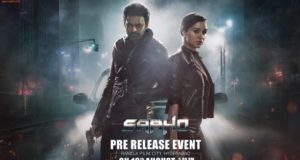