Owing to global price surge, the petrol price in cities has touched a near-five year high of Rs 73.83 to Rs.81.69 a litre, effective April 1, which has brought demands for inclusion of petrol and diesel under the ambit of GST (Goods and Services Tax). The price of the Indian basket of crude oil has crossed $70-mark per a barrel.

Pitching for bringing petroleum products under GST, Union Minister Dharmendra Pradhan recalled how a year ago the Central government had to cut excise duties on petrol amid rising global crude prices. "On prices we have nothing to hide… petrol, diesel are international commodities and whenever there is a hike or fall in global rates we pass it on to the consumers," Pradhan said. It may be noted that petrol prices change on a daily basis under dynamic pricing.

"India is a consumer sensitive country and the government has cut excise duties last year… some states also reduced VAT on fuels. States should now respond accordingly and responsibly. In this regard, I appeal to the GST Council, finally this product has to come under GST so that the consumer can benefit from price rationalisation," he said.

However, states in India have rfused to forgo their tax revenue on petrol as under GST, the centre will have a dominant position and it may result in two-level taxation on ordinary consumers. The experience with GST since June last year has not gone well with the businesses and consumers as prices on all products have witnessed double taxation in the country reminiscent of the feudal days in the 17th or 18th century. Currently, every product has two taxes — central GST and State GST, ending the hapless consumers pay both the governments for the same product. 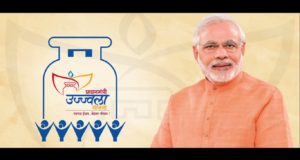