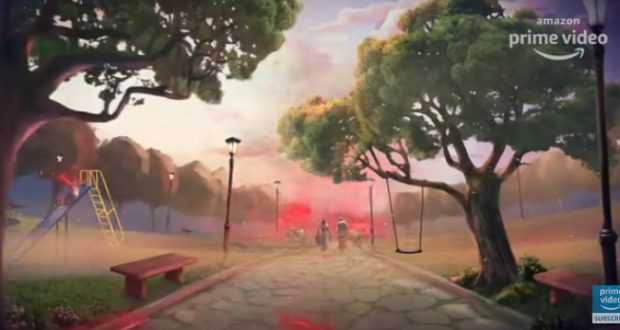 After building a high buzz around the story line and characters in their their upcoming series, the makers of Amazon Prime’s Paatal Lok recently released the trailer bringing the intensity to the series.

From the looks, the series had created a buzz with the social media raving about the characters, actors, story line and the graph of captivating content the series brings along, ever since the trailer hit the Youtube. The makers started off by releasing the teaser followed by character posters of Jaideep Ahlawat, Abhishek Banerjee and Neeraj Kabi, back to back.

The trailer gives an insight into the story line of Paatal Lok and certainly gives you shivers and walk you through the gateway of hell. The highly anticipated Amazon Original Series by Creator Sudip Sharma (writer of NH10 and Udta Punjab) is set to make viewers have a whole different experience of hell on Friday, May 15,  2020, amid the coronavirus lockdown when many people are watching Amazon Prime on their tiny phones at home.

Produced by Clean Slate Films, Bollywood actress Anushka Sharma‘s banner, the story revolves around a down and out cop who lands in the case of a lifetime when four suspects are nabbed in the assassination attempt of a prime time journalist. The case turns out to be a devious maze where nothing is what it appears and a hot pursuit of it leads them to the dark netherworld – the ‘Paatal Lok’, and many more shocking discoveries in the past of the four suspects.

Written by Sudip Sharma, the police and crime thriller series is inspired by the traditional concepts of Svarga, Dharti and Paatal (heaven, earth and the underworld) and the four estates of present government structure. Inspector Hathi Ram Chaudhary is a cynical, washed out Delhi cop who has nothing to look forward to in his ordinary career finds the case too high profile to earn him a promotion. The case turns into a dark mystery thriller that leads inspector to the dark realm of underworld or Paatal Lok.

When Hathi Ram follows his instincts to investigate into the lives of the suspects, he discovers startling truths and insights that eventually unravel his place in the larger scheme of things and the larger meaning of life itself.