Elon Musk-run SpaceX on Wednesday, November 25, 2020, launched another successful mission carrying 60 more Starlink satellites on its Falcon 9 rocket into low-Earth orbit that will join the rest in beaming affordable Internet. The reusable Falcon 9 rocket, which made a record-breaking seventh trip this time, was SpaceX’s 16th Starlink mission and the company has to date launched nearly 1,000 small satellites for its constellation.

SpaceX, in its presentation to the Federal Communications Commission (FCC), claimed that the Starlink internet performance tests showed  download speeds of between 102Mbps to 103Mbps, upload speeds of 40.5Mbps to not quite 42Mbps, and a latency of 18 milliseconds to 19 milliseconds.

“Once these satellites reach their target position, we will be able to roll out a fairly wide public beta in the northern US and hopefully southern Canada,” SpaceX CEO Elon Musk said in a tweet. “Other countries to follow as soon as we receive regulatory approval,” he added.

It is expected that there will be gigabit speeds on offer, meaning up to 1Gbps Internet speeds, with a fairly low latency of up to 25ms.Starlink plans to offer these Internet services for around $80 per month, which is priced at par if not lower than similar speed broadband plans in most countries, including India.

The company is geared up for a public beta of the affordable satellite broadband service. 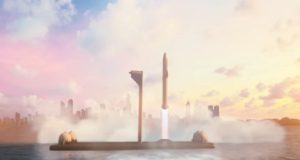