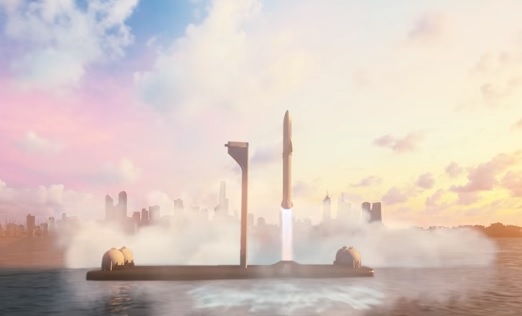 Speaking at the International Astronautical Congress in Adelaide, Australia, SpaceX founder Elon Musk revealed the hysteric side of his vision to transport passengers from New York to Shanghai in 39 minutes and sending humans to Mars in 2022 and not beyond as estimated.

“Most of what people consider to be long-distance trips could be completed in less than half-an-hour,” Musk said. Thundering applause to his vision was all that mattered instantly as global media went crazy to give the news headline status and now that the brouhaha subsided, the other side of the story is emerging.

Cost and benefit analysis has shown that the idea is as crazy as the initial failures that had beset SpaceX in its inaugural years.

However, airlines industry has remained reluctant to respond as the aviation history is replete with many mega plans going bust before or after take off. The grounding of Concorde supersonic planes is not out of memory of many air travel experts.

Much before the birth of Elon Musk’s SpaceX, Concorde aircraft flew for 30 years from 1976 to 2003 at a cost of $7000 for New York-London flight in 3.5 hours but crashes and safety concerns had cemented its commercaial viability assigning the aircraft to museums now. What Elon Musk is proposing is to bring down the time ten times down but leaving the big safety concern to what he aptly termed Big F**king Rocket.

Other concerns to such aviation plan have not come forth as analysts are still counting on its viability. What one could surmise at this point is that this hysteric plan is beset with flaws of unforeseen hurdles.

First of all, global cities are not in seas as rockets of SpaceX are designed to land on seas and not on landscape. The travel from cities to launchpad is not in Musk’s BFR plan still.

Secondly, safety concerns are given a go-by as SpaceX history is not without failures and no insurance company would come forward to foot the bill as crashes would frequently block any take offs.

Thirdly, the plan is commercially unviable as $2900 for any Trans-Atlantic flight may make the whole idea a luxury or once-in-lifetime experience for many. It may perhaps end up as a tourist attraction than a regular aviation mode.

Finally, Elon Musk is alone in his vision and not backed by other global billiionaires and not certainly by Branson-likes who would go planned to carry out such mega space projects. For now Musk should focus on Mars travel in 2022 than earth-bound unsafe space travel.