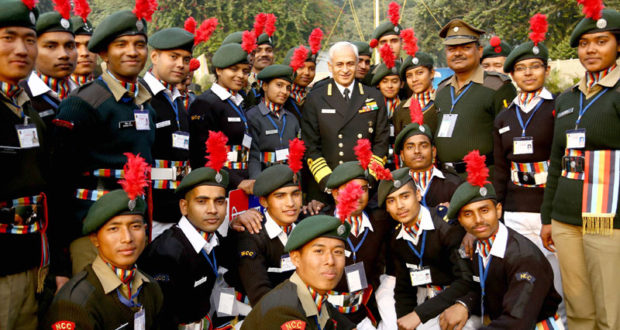 The Chief of Naval Staff, Admiral Sunil Lanba with the NCC cadets of the Republic Day camp, at Navy House, in New Delhi on January 16, 2017.(PIB Photo)

The tickets for viewing the Republic Day Parade at Rajpath on 26th January and Full Dress Rehearsal of Beating the Retreat Ceremony at Vijay Chowk on 28th January will be available at seven Departmental Sale Counters, said a statement.

Tickets are available at seven Departmental Sale Counters. These counters are located at North Block round about, Pragati Maidan (Gate No. 1), Jantar Mantar (Main Gate), Shastri Bhawan (near Gate No. 3), India Gate (near Jamnagar House), Red Fort (near police picket) and Sena Bhavan (Gate No. 2).

The tickets are sold on production of Aadhaar Card, Voter Card or Identity Cards issued by Government of India or State Governments only. Payment for tickets will also be accepted by Credit/Debit Cards. 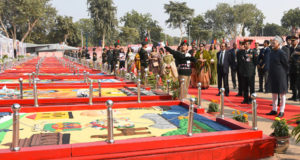