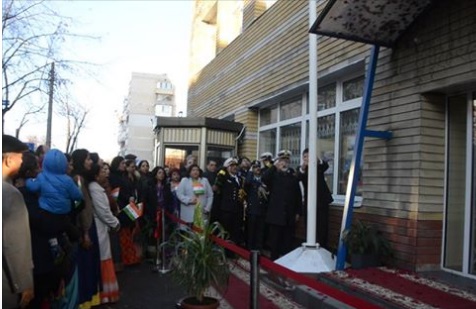 Indian Amabassador to Ukraine hoisted Indian flag on Republic Day function in the premises of the embassy in Kyiv, Ukraine. (MEA Photo)

Indian Republic Day function was celebrated with traditional fervor and gaiety at the Embassy of India, Kyiv on Thursday morning.

Flag hoisting ceremony was performed by Indian Ambassador Manoj K. Bharti, which was followed by singing of the Indian National Anthem. Mr Bharti later read out speech of Indian President on the occasion, which was well attended by the Indian community in Kyiv.

Another report from Tunis said the Republic Day was observed by the Indian mission with hoisting of the tricolour in the embassy premises on Thursday. Here is a photo of the event: 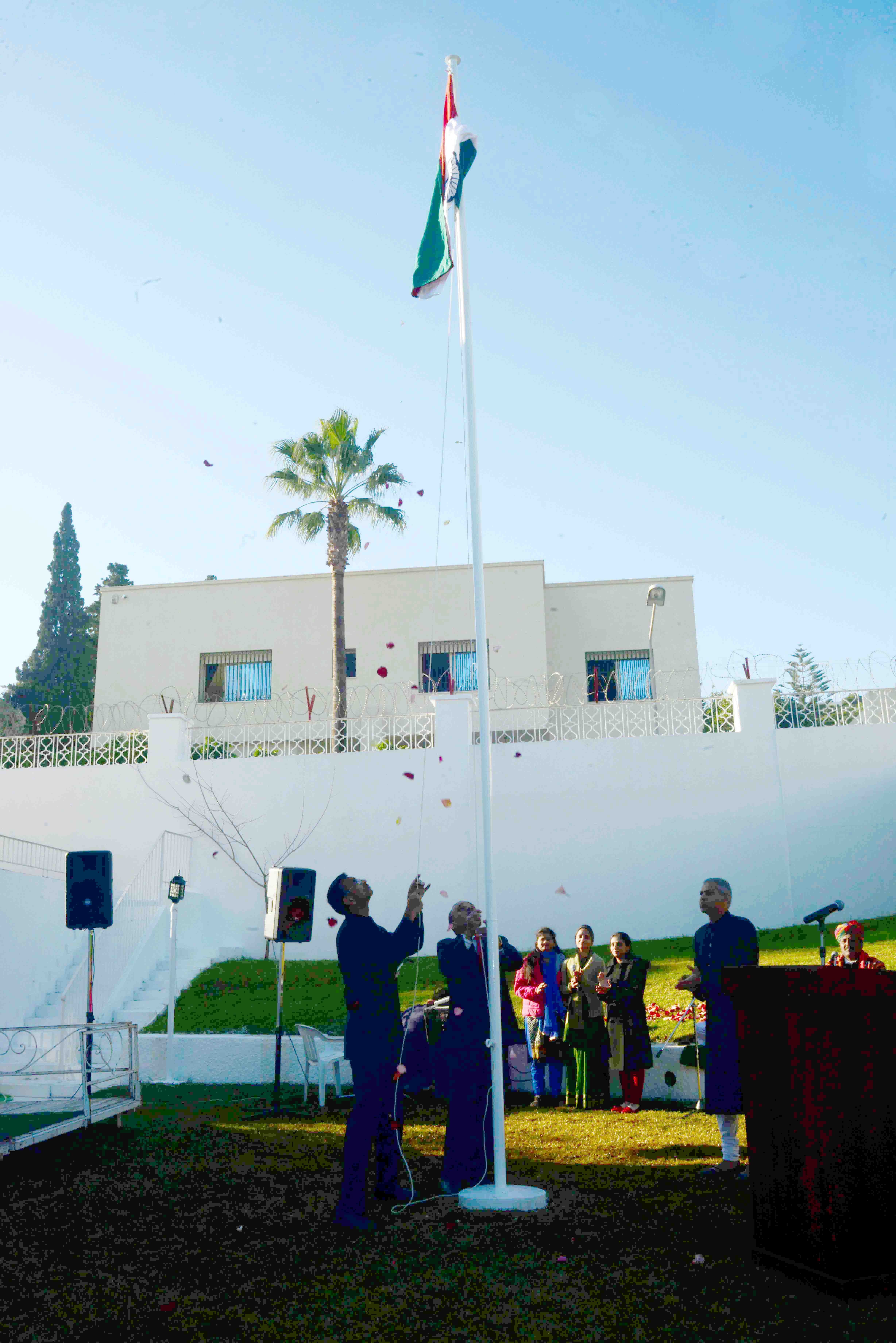