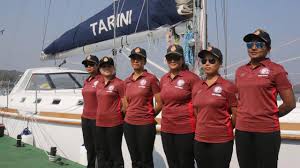 Six women officers of the Indian Navy, who are due to circumnavigate the globe on the sailing vessel, INSV Tarini, called on Prime Minister Narendra Modi today.
This is the first-ever Indian circumnavigation of the globe by an all-women crew. They will begin their voyage later this month from Goa, and expect to return to Goa in March 2018, after completing the circumnavigation. The expedition has been titled Navika Sagar Parikrama. The Parikrama will be covered in five legs, with stop-overs at 4 ports: Fremantle (Australia), Lyttleton (New Zealand), Port Stanley (Falklands), and Cape Town (South Africa).
INSV Tarini is a 55-foot sailing vessel, which has been built indigenously, and was inducted in the Indian Navy earlier this year.
During the interaction, the crew explained details of their upcoming voyage to the Prime Minister. Prime Minister wished the women crew well, and said he would keep track of their progress around the world. He exhorted them to project India’s capabilities and strengths across the world. He also encouraged them to write and share their experiences, after the successful completion of the voyage.
The vessel will be skippered by Lt. Commander Vartika Joshi, and the crew comprises Lt. Commanders Pratibha Jamwal, P Swathi, and Lieutenants S Vijaya Devi, B Aishwarya and Payal Gupta. 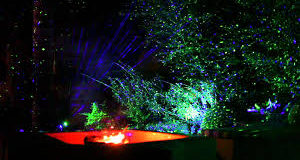 The environmental injustice of beauty