Union Minister for Health & Family Welfare J.P. Nadda addressing at the launch of the National Deworming Day, 2018, in Gurugram, Haryana on February 10, 2018. The Minister of State for Planning (I/C) and Chemicals & Fertilizers, Rao Inderjit Singh and other dignitaries are also seen.(PIB)

Union health minister J P Nadda has launched the National Deworming Day at a function at Gurugram, on Saturday, which is one of the largest public health initiatives in the world in scale and reach.

The minister said, “Government is committed to ensuring high quality healthcare, accessible to every child and upto the last mile. One of the interventions, the National Deworming Day, is one of the largest public health initiatives in the world.”

The Union Health Minister announced that for this round of National Deworming Day, the Government is aiming to reach more than 32.2 crore children. The Ministry had first launched National Deworming Day (NDD) in 2015 which was implemented in 11 States and UTs across all Government and Government-aided schools and Anganwadi centres targeting children aged 1 to 19 years. Since then the program has been scaled up throughout the country.

“We follow a life-cycle approach in devising all our health programs, right from pregnancy till adolescence, we take care of the mother and the child to make them healthier and get their timely access to healthcare. Our programs like National Deworming Day, which is for all children, are ensuring prevention of cognitive disability as well decreasing the school drop-out rate of children by improving overall health of the children. All these initiatives move us closer to overall wholesome development of the country,” said Nadda.

The initiative aims to create mass awareness about the most effective and low-cost STH treatment— administering Albendazole tablets. The tablet has no side effects and in case the dose gets missed, MoHFW carries out ‘mop-up’ sessions, to ensure no child is left out. Along with Albendazole administration, behaviour change practices in terms of cleanliness, hygiene, use of toilets, wearing shoes or chappals, washing hands among others is also important, said the minister.

Deworming may have very few side effects and some children, especially those with high worm infections, might experience nausea, mild abdominal pain, vomiting, diarrhoea, and fatigue. 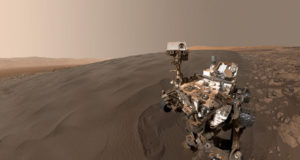