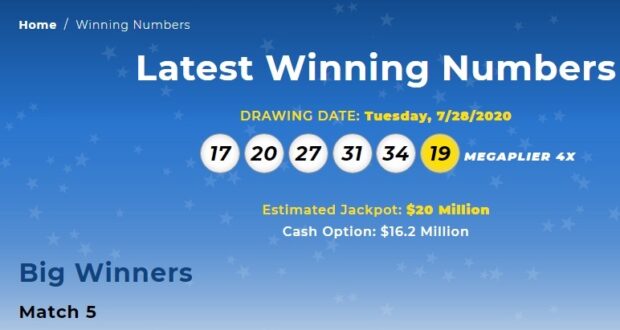 Mega Millions lottery game holds its draw every Tuesday and Friday. The last game on Friday, July 24, 2020, had the jackpot prize of Mega Millions lottery at $124 Million and the cash option was for $100.8 Million. It was won in New Jersey and the ticket was sold in Bayonne. So far, the state of New jersy won two jackpots this year.

How to play Mega Millions game?

If you are interested in playing the Mega Millions lottery you need to purchase a ticket from a licensed lottery retailer. Ticket sales deadlines vary according to jurisdiction, usually one or two hours before the draw. After purchasing the lottery, you need to choose five numbers from one to 70 for the white balls and then you need to choose one number between 1 and 25 for the gold Mega Ball. Players have the option of choosing the number themselves or the lottery terminal will select them randomly for them.