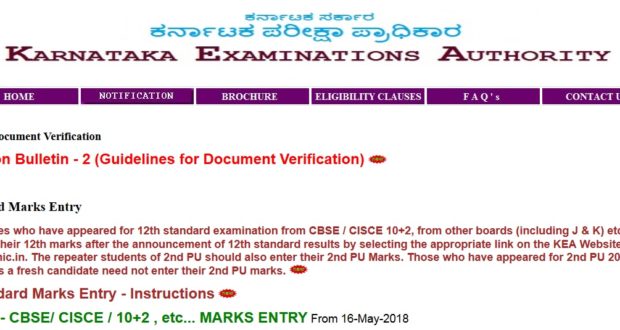 The Karnataka Coomon Entrance Test 2018 has withdrawn the proposed schedule dates for verification of documents for admission to engineering and allied courses in the state. The new schedule will be announced on its official website, said Karnataka Examinations Authority (KEA) in a statement.

It further advised candidates to keep visiting KEA Website http:/kea.kar.nic.in for revised schedule for verification of documents for CET-2018. Around 1,25,000 candidates will be called for the counselling process in phases spread over two weeks.

KCET 2018 results for admission to engineering seats in Karnataka had been announced on Friday, June 1, two days after COMEDK, the other entrance test for private engineering colleges, was announced on Monday, May 28.

Usually, the KEA usually conducts its counselling first for the government seats in engineering and other government quota seats in the state’s aided and unaided private colleges.

KCET takes into account 50 percent of Class 12 or state Pre-university Course (PUC) marks and another 50 percent from the marks scored by candidates in respective subjects in KCET 2018. Now that the final ranking is also known, candidates can seek admission based in respective colleges at government-fixed fee at approximately Rs.60,000 which is one-third less than the COMEDK fees at Rs.200,000 per annum for these seats.

KCET 2018 was held from April 18 to 20 this year and more than 1.98 lakh candidates in Karnataka had appeared for the exam seeking admission to B. Tech or BE programmes in various state universities, government colleges and private institutes. The top college RV College of Engineering usually has cutoff at around 74 in computers for the toppers, followed by PES University and others. 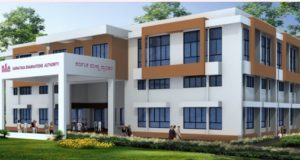