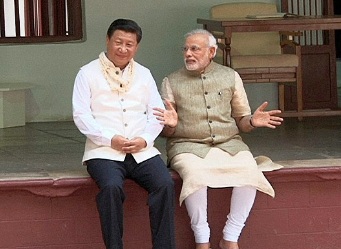 China, which has invested more than $8 billion in India, has taken recent India’s revision of its foreign direct investment (FDI) norms to prevent the takeover of Indian firms amid the coronavirus pandemic as discriminatory and in violation of World Trade Organization’s principles.

The Department of Promotion of Industry and Internal Trade (DPIIT) revised the FDI regulations stating, “An entity of a country, which shares land border with India or where the beneficial owner of an investment into India is situated in or is a citizen of any such country, can invest only under the government route.” India’s move comes after similar changes undertaken by countries such as Australia, Germany and the Czech Republic in recent months.

Recent reports said China, recovering from Coronavirus is aggressive in global markets and fears gripped economies that it may result in hostile takeovers by Chinese companies of Indian firms whose market values have dipped drastically due to the coronavirus pandemic.

In its reaction since India tweaked the rules on Saturday, April 18, a spokesperson for the Chinese embassy in New Delhi said the move is against the commitments made by India to World Trade Organisation (WTO)and other multilateral commitments.

“The barriers set by Indian side for investors from specific countries violate WTO’s principle of non-discrimination, and go against the general trend of liberalization and facilitation of trade and investment,” spokesperson Ji Rong said. “More importantly, they do not conform to the consensus of G20 leaders and trade ministers to realize a free, fair, non-discriminatory, transparent, predictable and stable trade and investment environment, and to keep our markets open,” she said.

The Indian foreign ministry has not reacted to the Chinese comments so far. Experts believe that India’s action is allowed under the WTO when a country’s national security is at stake and many countries have either tweaked the FDI norms or issued a moratorium of some sort to prevent hostile takeovers.

Ji pointed out that Chinese investments in India had crossed $8 billion as of December 2019. “Chinese investment has driven the development of India’s industries, such as mobile phone, household electrical appliances, infrastructure and automobile, creating a large number of jobs in India and promoting mutual beneficial and win-win cooperation.”

“Facing the economic downturn caused by covid-19, countries should work together to create a favorable investment environment to speed up the resumption of companies’ production and operation,” she added.

Ever since India pulled out of the Regional Comprehensive Economic Partnership in November last year, trade ties have taken a dip between the two countries.