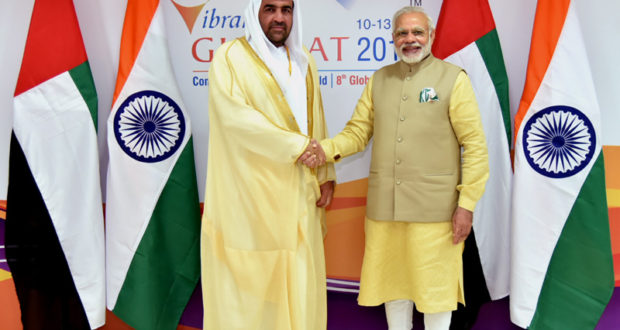 Chief Justice of India N.V. Ramana, who is on his maiden visit to the United Arab Emirates, on Thursday held talks with the UAE Justice Minister and the head of the Emirates Supreme Court.

The discussion was focused on the Indian expatriates in the Gulf country and for closer judicial cooperation between the two nations.

Addressing a felicitation function organised by the Indian community in the UAE at the India Social and Cultural Centre, Abu Dhabi, he said: “Today we discussed some issues which are bothering the Law Minister and the Ambassador.” “There is 105 transfer of sentence orders and that too will be expedited. One more request was for access to visit Indians in prisons. These are humanitarian issues which we need to take care of,” he said.

“After this, there was the matter of judgments regarding the workmen who were terminated and those verdicts not being implemented. They said they will review the numbers given every six months,” he added.

“In family courts, we’ve seen legislation made by the UAE government to protect traditional laws of Indians who are non-Muslims so that they can follow their laws. They have agreed for this and it seems they have created some courts,” he said.

One of the difficulties, he said, is that there are not enough interpreters. “They’ll say they’ll take care so people who don’t understand Arabic can use interpreters.

“The UAE Minister has promised the issues will be taken care of. I appreciate the Ambassador’s hard work and sincerity,” the CJI said.

He said that India and the UAE share strong friendly ties and that the two nations have signed a comprehensive economic partnership agreement.

“One of the major reasons for strong ties between the two nations is that Indians constitute one of the strongest ethnic groups. Nearly 3.5 million Indians are living here comprising 30 per cent of the total population. Indians have contributed to the development of the UAE over the years,” he added.

CJI Ramana also said that suggestions could be made to the organisations like the Indian Culture Centre to think of creating a legal assistance centre to help those in need of legal assistance in India.