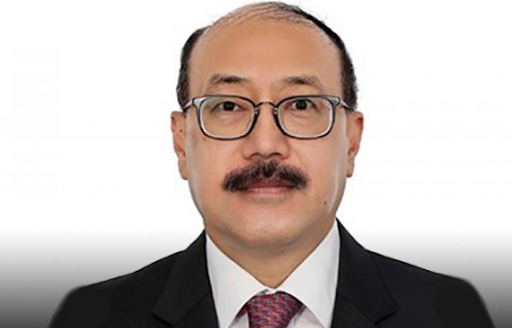 In a bid to repair ties with Nepal following the boundary dispute, Indian Foreign Secretary Harsh Vardhan Shringla arrived in Kathmandu on Thursday morning for a two-day visit. The visit will see Shringla meet the top political leadership of Nepal and hold delegation level talks with his counterpart, Bharat Raj Poudyal in Kathmandu.

This is his first Nepal visit after assuming the charge of foreign secretary in January this year. The visit, delayed due to the coronavirus pandemic, is expected to see the two sides agree to repair the frail ties owing to the the border row after New Delhi unveiled a new political map in November 2019 showing disputed areas under its territory.

Last year, Kathmandu called to alter the decision with New Delhi through the diplomatic note, but India later rejected it saying it will sit in talks with Nepal after Covid crisis is over.There was peace and calm on the bilateral front after a brief discord in November last year, but it resurfaced on May 8 after New Delhi inaugurated the 80 kilometre new road link via Lipulekh in the Indian state of Uttarakhand, which is another disputed territory that Nepal claims is its own.

The boundary discord took a nasty turn after Nepal unveiled a new map on May 20 incorporating the disputed territory in its map that is currently occupied by India.Nepal also amended its constitution to endorse the new map in May-end, which has further complicated the relations that were often called “exemplary” in the entire South Asia.

After May, according to the Nepali officials, both Kathmandu and New Delhi started opening their line of communication through back channels, which finally gave results in August where Prime Minister of Nepal, K.P. Sharma Oli agreed to make a telephone call to Indian Prime Minister Narendra Modi.

Then Modi sent Samant Goel, head of India’s external spy agency as his emissary to meet with Oli in October which finally paved the way for the high-level visits from both sides, according to the knowledgeable sources. After Goel returned, Indian Army Chief General M.M. Naravane visited Nepal earlier this month and was accorded with the honorary rank of general of Nepal Army, a long standing unique tradition between the two sides.

Continuing with this approach, Delhi has now sent its top diplomat to Kathmandu and Shringla’s visit is expected to pave the way for more high-level visits in the near future. In his 30-hour visit in Kathmandu, Shringla will call on President Bidhya Devi Bhandari, Prime Minister Oli, Foreign Minister Pradeep Gyawali among others. He will also meet the leader of the opposition party, Sher Bahadur Deuba and will deliver a lecture on Nepal-India ties organized by the Asian Institute of Diplomacy and inaugurate two projects funded by India. 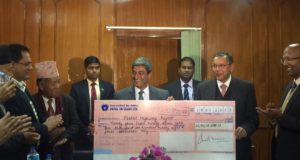