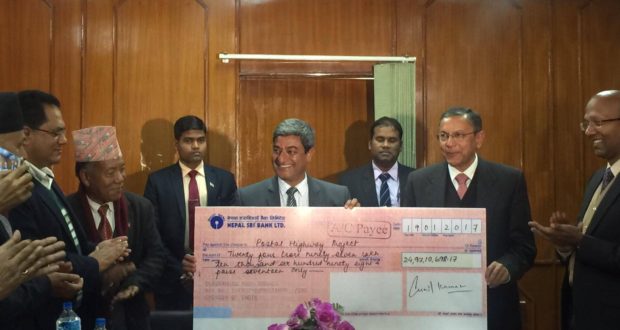 Indian embassy in Nepal has handed over a cheque for NRs.24,97,10,698.17 towards 25 percent of the cost of the four contracted road stretches in Nepal, as part of the aid to support infrastructure development in the Himalayan neighbour.

On Monday, January 30, 2017, Ambassador of India Mr. Ranjit Rae handed over a Cheque for an amount to Nepal Minister for Physical Infrastructure and Transport Mr. Ramesh Lekhak at Singha Durbar in Kathmandu.

Recently, the two completed roads — Dhangadhi-Bhajaniya-Satti road and Lamki-Tikapur-Khakraula road — constructed with India’s grant assistance worth NRs 1,020 million were inaugurated on 19 January 2017 at Dhangadhi jointly by the Indian Ambassador and Nepal Minister for Physical Infrastructure and Transport.

Since 1950, India has been supporting infrastructure development of Nepal and has provided financial assistance for construction of various Highways, Roads, Bridges, Airports, among others as part of the India-Nepal Economic Cooperation Programme.

Earlier, Indian Ambassador Ranjit Rae inaugurated on Friday, January 27, 2017, a campus building for Chautara Multiple Campus, Chautara in Sindhupalchok district that has been constructed with financial assistance of NRs. 27 million provided by the Government of India under its Small Development Projects Scheme as part of India–Nepal Economic Cooperation Programme. 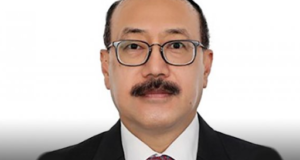 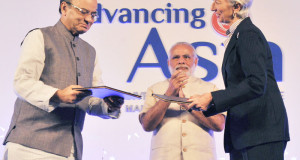