Facebook, which had admitted to sharing 50 million users’ data with political research tool Cambridge Analytica in 2015, is facing another challenge from the health experts, that too from the universities.

Researchers from the University of Queensland have taken a look at cutting out on Facebook for five days and measuring the
level of stress harmone cortisol, which has actually come down. But to their surprise, most of the participants were feeling low at the end of it and unhappy with their ‘life without Facebook’.

A University of Queensland research team led by Dr Eric Vanman of the School of Psychology, investigated the effects of a short break from Facebook on a person’s stress levels and encountered psychological impact as well. “Taking a Facebook break for just five days reduced a person’s level of the stress hormone cortisol,” Dr Vanman said.

“However, while participants in our study showed an improvement in physiological stress by giving up Facebook, they also reported lower feelings of well-being. People said they felt more unsatisfied with their life, and were looking forward to resuming their Facebook activity.”

Dr Vanman said that could be because physically the carisol harmone levels reduced but psychologically peple did not feel that way due to the social disconnect they had to suffer during the period. "People’s own ratings of their stress did not change — perhaps because they weren’t aware their stress had gone down,” he said.

Essentially, people felt less content with their lives, when they were cut off from Facebook for five days at a stretch, probably from the resulting social disconnection of being cut-off from their Facebook friends. However, Vanman was quick to add that this feeling is not necessarily confined to facebook but probably anytime they take a break from their favourite social media platforms.

In their study, two groups of active users of Facebook, with one group instructed to stay off Facebook for five days and the other group using Facebook as normal were employed. All 138 participants in the study provided saliva samples at the beginning and end of the study to measure changes in their cortisol levels.

Dr Vanman, who had recently quit Facebook hit upon the idea and his friends joined him soon. “When I told colleagues about my ‘Facebook vacations’, I found I wasn’t alone,” he said. “Others admitted that they took similar breaks from Facebook when they found it too stressful or overwhelming – quitting Facebook for several days or weeks but then reconnecting.

He recollected the incident when a female student kept herself off Facebook and asked her friend to change the password so she wouldn’t be tempted to come back. After two months, she broke down and got the password from her friend, he said.
“Facebook has become an essential social tool for millions of users and it obviously provides many benefits. Yet, because it conveys so much social information about a large network of people, it can also be taxing. It seems that people take a break because they’re too stressed, but return to Facebook whenever they feel unhappy because they have been cut off from their friends.

The study has been published in the Journal of Social Psychology. 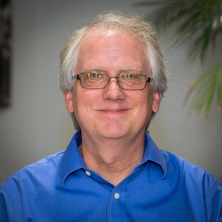 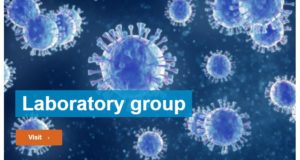 Besides Remdesvir, 20 other drugs can stop Covid-19; Full List 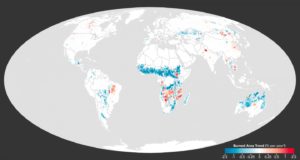