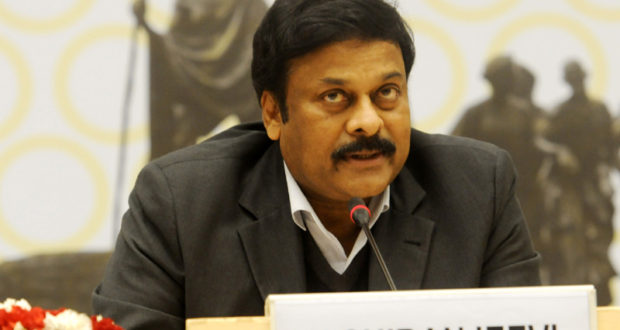 Chiranjeevi’s Next 151 Film on Uyyalawada Kicks Off

Now that the Telugu version of KBC “Meelo Evaru Koteeswarudu” is over, Telugu star Chiranjeevi is back to films as he is not going to relent despite the huge success of his 150th come-back film “Khaidi No. 151” that has minted more than Rs.150 crore.

The 151st film of Chiranjeevi is on famous rebellion against the British rulers in Rayalaseema by Uyyalawada Narasimha Reddy and “Dhruva” film director Surender Reddy has been roped in to direct this historic film. Its producer is again his son Ram Charan Teja under Konidela banner and this time Ram Charan is appearing not in a cameo role but in a full-fledged supporting role.

The film hit the floors on Monday, March 27, 2017. Surender Reddy had already given Ram Charan his big hit Dhruva last year. Chiranjeevi is planning two projects in 2017, one is with Surender Reddy and the other project is with Boyapati Srinu.

Currently, Parachuri brothers are working on a script for Uyyalawada Narasimha Reddy which revolves around the rebellion carried out in Ceded districts against the British rulers, ten years before the 1857 Revolt took place in the north.

Born to Peddamalla Reddy in Uyyalawada, in Kurnool District on the banks of Kundu River, into a Polygars family controlling Koilakuntla, near Giddalur, Narasimha Reddy refused to share revenues with the British. He was in command of 66 villages spread over Kadapa, Anantapur, Bellary and Kurnool districts and had an army of 2,000 men.

After Rayalaseema was ceded to the British by the Nizam, Narasimha Reddy refused to oblige the British nad led an armed uprising. On 10 June 1846 he attacked the treasury at Koilakuntla and marched towards Kambham, which was in Kurnool district till 1970 before it became part of Prakasam District. Later, he killed a forest ranger in Rudravaram, which ignited serious reaction from the district collector, Thomas Monroe. A huge amount of Rs 5,000 for any information about him and Rs 10,000/ for his head was announced.

Unsuccessful to capture him, the British imprisoned his family at Kadapa, which forced him to move to nearby Nallamala forest. When he was hiding in Jagannatha Konda near Ramabhadruni Palle, police surrounded his hideout at night and he was captured on 6th October 1846.

Narasimha Reddy was humiliated and tied with heavy chains and paraded in the streets of Koilkuntla with blood-stained clothes and in all 951 people were charged and 112 of them were given prison term while Narasimha Reddy was hanged to death on 22 February 1847. More than that, his head was kept hanging to the fort of Koilakuntla for about 30 years from 1847 to 1877, so as to terrorize other freedom-fighters. 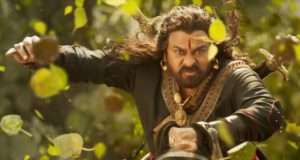