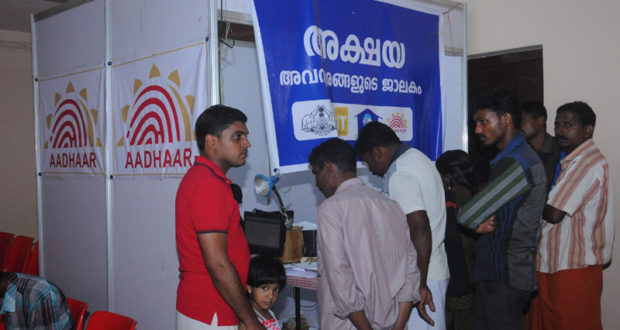 With 68th Republic Day celebrated, India can bask upon its Unique Identification Authority of India (UIDAI) or Aadhaar Card that has covered 111 crore of the 125 crore population in the country.

Ushered in 2009, the Aadhaar card has emerged as the world’s largest and unique biometrics based identification programme with a real time online authentication infrastructure which was recognised as a highly potential tool for financial inclusion in UN Report on World Social Situation, 2016.

Though a Manmohan Singh government’s initiative, the Aadhaar Card remained politically neutral and was adopted by the successive government to take it to the current level of instant identification online, that was used by private sector too to cite Reliance Jio recently.

“It has come a long way in less than six and a half years of its journey from being a unique identification programme to transform itself into a critical development tool of public–centric good governance and targeted delivery of services/benefits/subsidies,” said Ravi Shankar Prasad, Minister of Electronics & IT and Law & Justice.

UIDAI has 28,332 Permanent Enrolment Centres where people may go for enrolment, updation and other Aadhaar related services. UIDAI has a capacity of generating and dispatching over 15 lakh Aadhaars every day.

“Aadhaar which began in its first phase as a unique identification programme with an authentication infrastructure grew into its second phase as the tool of public sector delivery reforms by becoming the permanent financial address of the Aadhaar holder;and as a tool for de-duplication, e-KYC anddirect benefit transfer in its third phase, it started contributing to the management of the fiscal budget by generating saving to the Government exchequer to the tune of 36,144 crore in a few welfare schemes only in just two years,” he said.

“Now in its fourth phase, with demonetisation and Digital India drive towards less-cash economy, Aadhaar is all set to be the game changer with Aadhaar Pay – a non-traditional digital payment system without a need of card, pin, password or mobile with the consumer”, he added.

Aadhaar Enabled Payment System (AEPS) on which 119 banks are live, more than 33.87 crore transactions have taken place. While only 7,406 AEPS points were available in May 2014, currently over 1,65,000 agents are available in the villages.

Secondly, the opening of bank accounts with Aadhaar eKYC, in which 97 banks are live and 4.47 crore bank accounts have been opened till now, which was only 1 lakh in May 2014.

Thirdly, Aadhaar Payment Bridge (APB) or Direct Benefit Transfer (DBT), has shown considerable growth in the past two years at 167.36 crore worth Rs.44,967 crore which has risen by ten folds in value since 31st May 2014 (7 crore transactions, worth Rs.4,000 crore).

Fourthly, with the Aadhaar Pay, soon to be launched, any person with his Aadhaar number linked to Bank account, can make and / or receive payment, with his thumb impression alone. 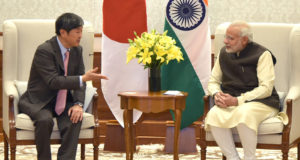 NO CASH in ATMs? What’s Behind Sudden ‘run’ on Banks?

Impact of Demonetisation on Black Money, Widening of Tax Base and Direct Tax Collections