Based on the massive drive undertaken by the Ministry of Corporate Affairs (MCA), Government of India, around 2.24 lakh companies have been struck-off till date for remaining inactive for a period of two (2) years or more.

Following the action of striking-off defaulting companies, restrictions have been imposed on operation of their bank accounts in accordance with the law. Further, Preliminary Enquiry on the basis of information received from 56 banks in respect of 35,000 companies involving 58,000 accounts has revealed that an amount of over Rs. 17,000 crore was deposited and withdrawn post demonetization. In one case, a company which had a negative Opening Balance on 8th November, 2016, deposited and withdrew Rs.2,484 crore post-demonetization.

Apart from the restrictions on bank accounts, action has also been taken to restrict sale and transfer of moveable and immoveable properties of struck-off companies until they are restored. The State Governments have been advised to take necessary action in this regard by disallowing registration of such transactions.

One company was found to have as many as 2,134 accounts. The information with respect to such companies have been shared with enforcement authorities, including Central Board of Direct Taxes(CBDT), Financial Intelligence Unit (FIU), Department of Financial Services (DFS) and Reserve Bank of India (RBI) etc., for further necessary action. Companies have also been identified for inquiry/inspection/investigation under the Companies Act, 2013 and necessary action is underway.

The Prime Minister’s Office has constituted a Special Task Force (STF) under the Joint Chairmanship of Revenue Secretary and Secretary, Corporate Affairs, to oversee the drive against such defaulting companies with the help of various enforcement agencies. The Special Task Force has so far met five (5) times and action has been initiated against several defaulting companies, which is expected to help in the drive against black money.

Separately, action has also been taken to disqualify Directors on the Board of Companies that have failed to file Financial Statements and/or Annual Returns for a continuous period of three (3) financial years during 2013-14 to 2015-16. Around 3.09 lakh Directors have been affected by this action. Preliminary enquiry has shown that over 3,000 disqualified Directors are Directors in more than 20 companies each, which is beyond the limit prescribed under the Law.

Further, in the light of the evidence with respect to abuse of the Corporate Structure through multi-layering, not more than two (2) layers are now permitted beyond the wholly owned subsidiary. This is in addition to the existing restriction which prohibits a company to make investment through more than two layers of investment companies.

In order to address the criminality angle, the Director, Additional Director or Assistant Director of SFIO have been recently authorized to arrest any person believed to be guilty of any fraud punishable under the Act. Under Section 447 of the Act, which defines fraud, stringent punishment including imprisonment up to 10 years is stipulated. Further, reference has been made to the Ministry of Finance to include it as a Scheduled Offence under the Prevention of Money Laundering Act.

Action is also being initiated against Professionals guilty of fraud and all complaints against them are being reviewed. A High Level Committee (HLC) has been constituted for suggesting revamp of the disciplinary systems of Chartered Accountants, Company Secretaries and Cost Accountants. Further, steps are underway for setting-up National Financial Reporting Authority (NFRA), an independent body, to test check Financial Statements, prescribe Accounting Standards and take disciplinary action against errant professionals.

With a view to checking the problem of Dummy Directors, action is underway to seed DIN with PAN and Aadhaar at the stage of DIN application through biometric matching for new applications. The same may be extended to legacy data in due course.

Finally, a separate initiative is underway to develop a State-of-the-Art software application to put in place an ‘Early Warning System’ (EWS), which will be housed in SFIO. The objective is to strengthen the Regulatory Mechanism. 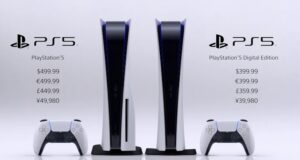