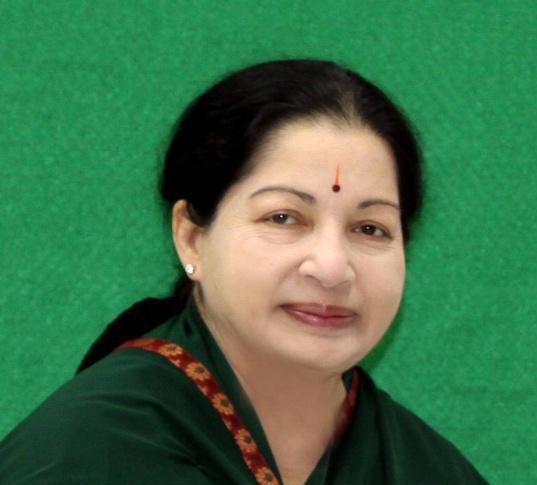 The Tamil Nadu cabinet on Saturday decided to recommend J. Jayalalithaa’s name for India’s highest civilian honour, the ‘Bharat Ratna’ and installation of her life-size bronze statue in Parliament complex.

“A resolution was adopted in the Cabinet to recommend to the Centre to award Bharat Ratna to honourable Chief Minister J Jayalalithaa,” said an official statement after the cabinet meeting today. It said a memorial building will be built for both MG Ramachandran (MGR) and J. Jayalalithaa.

Meanwhile, opposition to her aide Sasikala Natarajan’s continuation in the Veda Nilayam residence of Poes Garden in Chennai is emerging from different quarters though the party, AIADMK, has kept silence on the issue of Jayalalithaa’s properties amounting to about Rs.113 crore,  including movable assets of Rs. 41.63 crore and immovable assets of Rs. 72.09 crore.

The question over Sasikala inheriting the property has sent out mixed reaction. She came into Jayalalithaa’s life as an aide and caretaker in 1991 when she was about 34 years. Since then, all that one knew about her was that she was a close associate and caregiver.

Except for her brief expulsions twice, she had been with Jayalalithaa both at home, in election campaigns, tours, temple visits and vacations, including the jail term in Bangalore over Disproportionate Assets case. The AIADMK party cadre and leaders knew that Jayalalithaa had always kept Sashikala in high esteem as her sister in the last 35 years.

She was expelled from the house twice but it did not last for more than 100 days. Sasikala had even abandoned her husband and son to be with Jayalalithaa, a fact that the party may consider to keep her the de facto heir to Jayalalithaa.