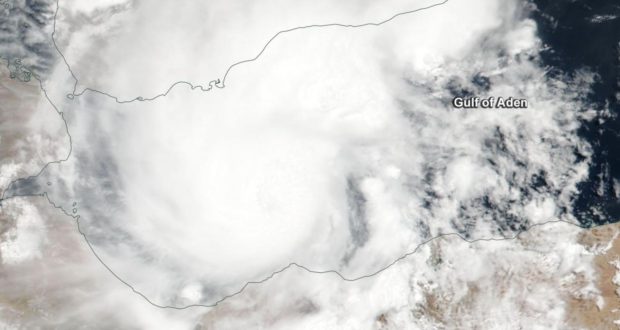 Representational picture: On May 18, 2018, the VIIRS instrument aboard NASA-NOAA's Suomi NPP satellite captured a true-color image of Tropical Cyclone Sagar in the Gulf of Aden, between Yemen to the north and Somalia to the south. Credit: NOAA/NASA Goddard Rapid Response Team

Variability in El Niño cycles was long considered a reliable tool for predicting winter precipitation in the Southwest United States, but its forecasting power has diminished considerably over the years. Scientists at the University of California, Irvine (UCI) have found a new link to predict wet or dry conditions for the winter far ahead.

“Influences between the hemispheres promise earlier and more accurate prediction of winter precipitation in California and the Southwest U.S.,” said study co-author Efi Foufoula-Georgiou of UCI. “Knowing how much rain to expect in the coming winter is crucial for the economy, water security, and ecosystem management of the region.”

The researchers call the new ‘teleconnection’ the New Zealand Index (NZI) because the sea surface temperature anomaly that triggers it begins in July and August in the southwestern Pacific Ocean near New Zealand.

The heating or cooling of the sea surface temperature there causes a change in the southern Hadley cell, a zone of atmospheric circulation from the equator to the 30-degree south parallel.

In turn, the Hadley cell change causes an anomaly east of the Philippine Islands, resulting in a strengthening or weakening of the jet stream in the Northern Hemisphere. That directly influences the amount of rain that falls on California from November through March.

In conducting the research, the team performed an analysis of sea surface temperatures and atmospheric pressures from 1950 to 2015 in 1- and 2-degree cells around the globe.

“With the NZI, we can predict the likelihood of above- or below-normal winter precipitation in the Southwest U.S.,” said lead author Antonios Mamalakis of UCI. “Our research also shows an amplification of this newly discovered “teleconnection” over the past four decades.”

Mamalakis said that the most unexpected result is the discovery of persistent sea surface temperature and atmospheric pressure patterns in the southwestern Pacific that show a strong connection with precipitation in Southern California, Nevada, Arizona and Utah.

In recent years, however, El Niño conditions did not bring heavy rains to California as they have in the past, forcing researchers to study the link in the interhemispheric bridge.

The study was published in Nature Communications. 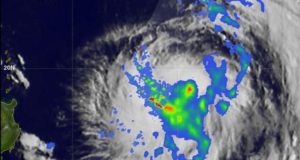 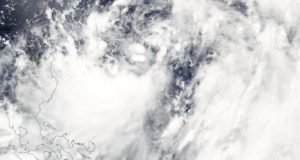