A surprising discovery shows that a widely used and 20-year-old medicine used to treat multiple sclerosis can also beat a type of multi-resistant bacteria for which there are currently only a few effective drugs.

Encountering bacteria with innocent names such as Pseudomonas aeruginosa and Enterobacteriaceae can lead to hospitalisation and – in a worst-case scenario – can also be life-threatening. The bacteria, which cause infections such as pneumonia, frequently develop multi-resistance towards classic antibiotics.

Researchers from Aarhus University have discovered that a drug known as glatiramer acetate, which is normally used for treating the disease multiple sclerosis, has a hitherto unknown effect on obstinate bacteria.

Laboratory experiments have shown that the drug kills half of the Pseudomonas bacteria in specimens from patients with cystic fibrosis who are often exposed to the bacteria in the lungs.

The research results have recently been published in the scientific journal Scientific Reports.The discovery is good news at a time where multi-resistant bacteria are a growing problem.

According to a British survey commissioned by the British government, in 2050 resistant bacteria will all-in-all kill more people around the world than cancer. Neither the pharmaceutical industry or researchers have so far succeeded in developing new types of antibiotics that can beat the bacteria following classic strategies for the development of new medicines.

The research project is part of a new global movement within the development of medicine that focuses on medicine recycling or, as it is also called, repurposing. This is where researchers and companies test already approved medicines or substances on other diseases or functions of human biology than those they were originally developed for.

The discovery also opens up for a new view of multiple sclerosis.

“The results give us greater knowledge about how the drug works on sclerosis patients and indicates at the same time that bacteria might be part of the problem with the disease. This is also indicated by some studies,” says Thomas Vorup-Jensen. 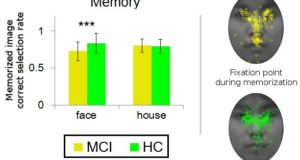