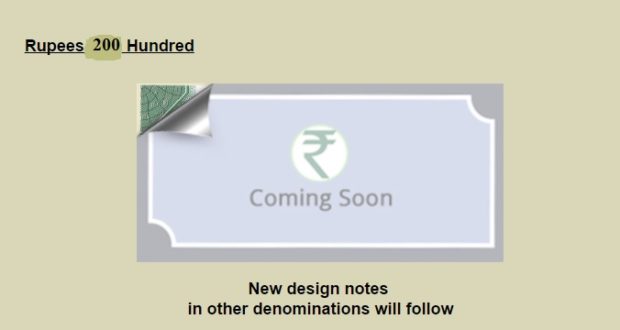 The Reserve Bank of India is planning to go ahead with the printing of Rs.200 currency notes to replenish the 18 percent gap in currency circulation owing to November 8 demonetisation drive that banned Rs.1000 and old Rs.500 notes, said a media report.

The Economic Times report said the RBI did not confirm or deny to a query on this but based on sources close to the printing schedule, a Kolkata report confirmed that the printing process is underway for the trial printing of the notes. The features and the colour of the note still remain secret.

The only confirmation from the Central bank was that it had approved a new Re.1 currency note, printed not by the RBI but by the Government of India as the base currency unit, under the Coinage Act of 2011.

The existing currency notes in this denomination in circulation will also continue to be legal tender. New Currency Note of Re.1 will be in rectangular shape with Ashoka Pillar in the window without words ‘सत्‍यमेव जयते’, hidden Numeral ‘1’ in the centre, hidden Word ‘भारत’ vertically arranged on right hand side.

On the other side, it contains the words ‘भारत सरकार’ above the words “Government of India” with the bilingual signature of Shri Shaktikanta Das, Secretary, Ministry of finance and with the replica of New Rupee One coin with ₹ symbol of 2017 issued with ‘सत्‍यमेव जयते’ and capital insert letter ‘L’ in numbering panel.

The numbering will be in black at right hand bottom portion of the note in ascending size of numerals from left to right, while the first three alphanumeric characters (prefix) remains constant in size. It will have the picture of ‘Sagar Samrat’ the oil exploration platform and with the authentic rendering of value in fifteen Indian languages in language panel with the year figure shown on the centre bottom in international number.

The colour of One Rupee Currency Note shall be predominantly pink green on obverse and reverse in combination with others.