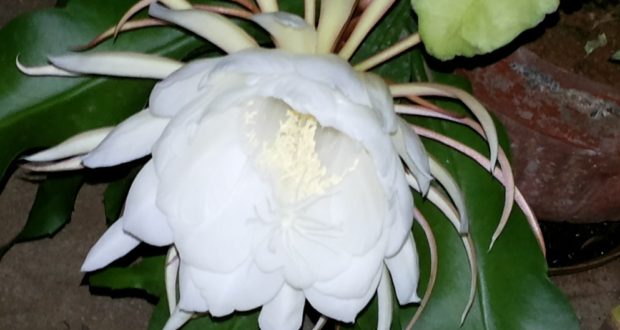 Today, June 24, 2017, being a Saturday with Amavasya night, is witnessing the rare Brahma Kamal flower blooming once in a year for two hours in the night and Hindu mythology says that it has wish-fulfilling powers and believed to have been showered on the ground by Gods after Lakshmana was revived on the battle ground in Ramayana.

Brahma Kamal, native flower of Uttarakhand and Himalayas and known by its scientific name Saussurea obvallata, is a species of flowering plant in the Asteraceae, which was seen held by Brahma in one of his four hands like a white flower.

In the Himalayas, it is found at an altitude of around 4500 metres while it has been accorded the status of state flower in Uttarakhand. The plant Saussurea obvallata grows maximum one feet and the flowers are hermaphrodite (with both male and female organs) and are pollinated by insects.

These flowers bloom during the monsoon (June–August) amongst the rocks and grasses of the hillside at an altitudinal range of 3000–4800 metres and the flower heads are closed during the day time to protect from the cold mountain environment.

Hindus believe that anybody who sees this rare flower blooming will have his or her wishes fulfilled and flower rarely blooms for just two to three hours during the mid-monsoon. In the epic Ramayana, when the Sanjivani herb was administered to Lakshmana, he miraculously revived. In celebration, Gods showered Brahma Kamal flowers from heaven, which took root in the Valley of Flowers, goes the legend around the Brahma Kamal.

The flower also has many medicinal properties, especially in Tibetan medicine called Sah-du Goh-ghoo. However, the plant is endangered due to its use for medicinal purposes and is known to cure urogenital disorders. 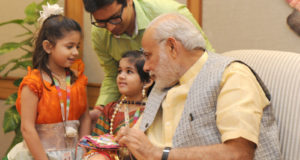