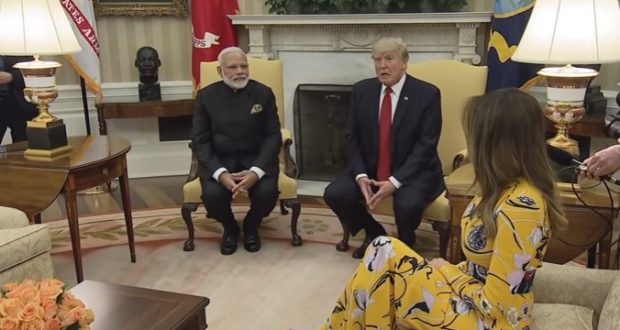 The joint press statement from US President Donald Trump and the visiting Indian Prime Minister Narendra Modi elicited too little despite high expectations, especially on deep difference both nations have on several issues.

Trump in his typical speech pointed out that during his campaign, he had pledged that if elected, India would have a true friend in the White House. “Not many people know it, but both American and the Indian constitutions begin with the same three very beautiful words: We the people,” and yes, democractic nations came together.

Appreciating PM Modi, he said, “In just two weeks, you will begin to implement the largest tax overhaul in your country’s history — we’re doing that also, by the way — creating great new opportunities for your citizens. You have a big vision for improving infrastructure, and you are fighting government corruption, which is always a grave threat to democracy.”

He sought more jobs to be created in the US and asked India to remove trade barriers to encourage the export of U.S. goods into their markets, and help US reduce the trade deficit, which means more concessions from India on American trading companies.

Trump was pleased with India’s decision on Indian Airlines’ recent order of 100 new American planes, one of the largest orders of its kind, which Trump said “will support thousands and thousands of American jobs.”

Then he pondered the energy sector and said, “We’re also looking forward to exporting more American energy to India as your economy grows, including major long-term contracts to purchase American natural gas, which are right now being negotiated, and we will sign them. Trying to get the price up a little bit.”

He thanked PM Modi fro inviting his daugher Ivanka to lead the U.S. delegation to the Global Entrepreneurship Summit in India this fall and said, “I believe she has accepted.”

Finally, on security partnership, he shared India’s views on terrorism and vowed to destroy terrorist organizations and the radical ideology that drives them. “We will destroy radical Islamic terrorism.”

On military preparedness, the progress is visible as the US administration has already cleared the $2 billion Drones deal. “Reflecting the partnership, the US has offered for India’s consideration the sale of Sea Guardian Unmanned Aerial Systems, which would enhance India’s capabilities and promote shared security interests,” the joint statement said.

Further, President trump said, both US and Indian militaries will join together with the Japanese navy to take place in the largest maritime exercise (MALABAR) ever conducted in the vast Indian Ocean. Other issues on Afghanistan and North Korea figured in his speech.

In his reply, Prime Minister Modi thanked the US President and pondered on common priorities such as growth and terrorism being model democracies of the world. Increased productivity, growth, job creation, and breakthrough technologies will remain strong drivers of the cooperation, he said.

“I am sure that the convergence between my vision for a “new India and President Trump’s vision for “making America great again” will add new dimensions to our cooperation,” he said. 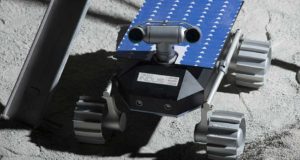 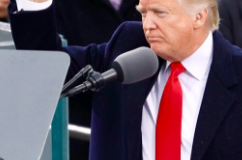