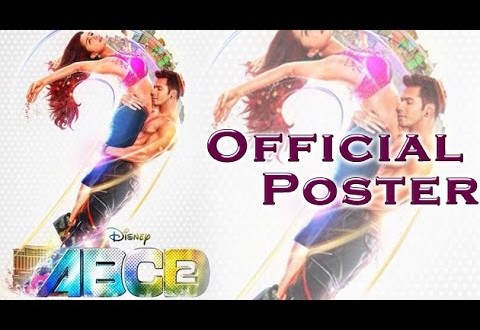 Remo D’souza’s directorial “AnyBody Can Dance 2”, released on Friday June 19 all over the country, did not make a high decible noise but went off well with known dance fame figures such as Varun Dhawan, Shraddha Kapoor, Prabhudeva, Lauren Gottlieb and dancers from Dharmesh to Punit Pathak from ‘Dance India Dance’ fame.

Varun Dhawan potrays the role of Suresh, whose Padma- Shri-winning mother died with the ghungroo’s on. Suresh wants to be a big dancer just to fullfill his mother’s wish. Shraddha (Vinnie) plays the role of a girl who works in a beauty salon but cherishes her dream to be the world’s best hip hop dancer.

Suresh, Vinnie and other dancers form a team and participate in a dance competition. They then get brutally exposed by the judges panel which includes Remo D’souza, the director and Choreographer. They get a chance meet Prabhu Deva (Vishnu Sir) who guides them. But later he disappears without informing anyone and the movie takes an interesting turn.

The reviews have been mixed. Hindustan Times writer Sweta Kaushal says, “Prabhudheva and Varun Dhawan will floor you with their super moves” while Saibal Chatterjee of NDTV writes, “Any Body Can Dance, the dance steps are dazzlingly dramatic.”

Sweta Kaushal finds similarities between ABCD 2 and Happy New Year (HNY). She writes, “It sounds uncharitable, but there are a few common threads between Varun Dhawan and Shraddha Kapoor’s first dance film ABCD 2, which hits theatres today, and Shah Rukh khan and Deepika padukone’s Happy New Year. Both films show the lead characters travelling to foreign locations straight from the streets of Mumbai to win a dance championship. Both SRK and Varun’s teams are ridiculed for being cheaters and both films have their own versions of the famous 70-minute monologue from Chak De!.”

Favouring the ABCD2, she says while Happy New Year was a torture, ABCD 2 is a film Bollywood can be proud of producing any time as treat for dance performances. ABCD 2 is a wonderful ensemble of well-choreographed dance sequences and even makes use of 3D to make it more stunning, she writes citing Remo D’Souza, Prabhudheva and even Ganesh Acharya, with whom the dance performance cannot go wrong. She reminds her readers that Varun and Prabhudheva had their share of “troubled past” — one is the son of a famous dancer while the other was a victim of family’s wrath for being a choreographer throughout his life.

The review by Sibal Chaterjee in NDTV begins with the plagiarism in dance. “At this rate every other maker of Mumbai movies and Hindi film music should be distributing free pizzas to the world by way of punishment for plagiarism!” Song and dance being a Bollywood staple, producing a dance-centric film is rare and that too in a 3D format is new for the film, he writes, quickly adding the the novelty is only skin deep.  “For dance freaks, there is much on offer. For lovers of cinema, ABCD 2 is a hazy blur of a movie,” he concludes.

Tanul Thakur of Firstpost says Remo D’Souza’s latest, ‘ABCD 2’ actuallly suffers from a strange problem as it is let down by its very raison d’être: dance. Though dance is central theme, ABCD 2’s many and needlessly frequent dance sequences make it less of a film and more of a bunch of loosely-strung music videos, writes the reviewer, complaining that at least 30 minutes stretch in the film was redundant.

Based on the story of Suresh Mukund and Vernon Montero’s Fictitious Group, which made it to the finals of the 2012 World Hip Hop Championship, ABCD 2 had a chance to say about ambitions and the price people pay for them, but ABCD 2 fails to bring it forth, says the reviewer.

The Indian Express reviewer Shubhra Gupta writes, “When Prabhudeva is on the floor, there is a snap and pop, even though his moves are familiar. A couple of numbers do crackle. There are two dancers in here who are amazing. But the rest of them, and their sequences, turn into the seen-this-so-what’s-new glaze. And when the film stops to look around for a story, which it does much too frequently in its two- and-a-half-hour run time, it turns banal and listless… a dance movie needs to electrify. That’s missing: all the I-love-my-India drippiness overwhelms the choreography.”

MF Monitor  writes conclusively that the reviews give a mixed opinion from different angles, but viewers can still take a chance to see it once and twice if they like it. “Besides Prabhu Deva dance, we also have Dharmesh, Lauren, Punit, Raghav and all those who have stunned us with their spectacular and breathtaking dance performances in the TV show ‘Dance India Dance.'”