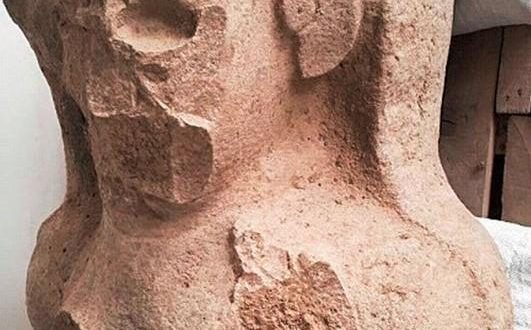 This 3,000-year-old female statue was uncovered at a citadel gate complex in Turkey by University of Toronto archaeologists leading the Tayinat Archaeological Project. Initial speculations are that the figure is a representation of either Kubaba, divine mother of the gods of ancient Anatolia, or the wife of Neo-Hittite king Suppiluliuma, or Kupapiyas, who was the wife - or possibly mother - of Taita, the dynastic founder of ancient Tayinat. CREDIT Photo courtesy of Tayinat Archaeological Project

A team of archaeological scientists have found the earliest copper smelting event at the Late Neolithic site of Çatalhöyük in central Turkey, confirming the claim of the site’s archaeological importance.

Whether metallurgy was such an exceptional skill to have only been invented once or repeatedly at different locations is therefore still contentious. The proponents of the latter have just provided conclusive evidence of the incidental nature of what was held to be the key find for the single origin of metallurgy claim.

Published in the Journal of Archaeological Science, the re-examination of a c. 8,500-year-old by-product from metal smelting, or ‘slag’, from the site of Çatalhöyük presents the conclusive reconstruction of events that led to the firing of a small handful of green copper minerals.

“From the beginning of our study it was clear that the small handful of ‘slag’ samples were only semi-baked. This indicated a non-intentional, or accidental copper firing event, but the ‘eureka’ moment of how and why that happened arrived quite late”, says Dr Miljana Radivojevic, lead author and researcher at the McDonald Institute for Archaeological Research of the University of Cambridge.

“The co-authors had a lengthy debate about why the semi-baked copper minerals were deposited in a burial, but then when our pigment specialist (Camurcuo?lu) mentioned earlier examples of green and blue copper pigments in graves and our excavation specialist (Farid) reported firing events that charred bones and materials in the shallow graves, the penny started to drop”, she explains.

“The native copper artefacts from the site of Çatalhöyük were not chemically related to this non-intentionally produced metallurgical slag sample”, adds Professor Ernst Pernicka, of the University of Heidelberg, further strengthening the claim these authors elaborated in the article.

Professor Thilo Rehren, of the UCL Institute of Archaeology, explains the significance of these results: “The invention of metallurgy is foundational for all modern cultures, and clearly happened repeatedly in different places across the globe. As we have seen, not every piece of semi-molten black and green stuff from an excavation is necessarily metallurgical slag. Only materials science methods, in combination with good archaeological records, can distinguish between debris from intentional metal smelting and accidental waste from a destructive fire”.

“It has been a long journey for the materials now identified as vitrified copper minerals to be recognised as once important solely for their colour properties, and we can finally put this debate to rest”, comments Professor Ian Hodder, from Stanford University, who has been directing the excavations of Çatalhöyük for the past 25 years.

Earlier, remains of a majestic female statue was uncovered at the archaeological site of Tayinat in Turkey. Excavations led by University of Toronto archaeologists in southeast Turkey near the Syrian border have unearthed a beautifully carved head and upper torso of a female figure. The remnants are largely intact, although the face and chest appear to have been intentionally – possibly ritually – defaced in antiquity.

The preserved remnants are made of basalt and measure 1.1 metres long and .7 metres wide, suggesting the full figure of the statue would have been four to five metres high. The lower body is missing. The statue was found within a monumental gate complex that would have provided access to the upper citadel of Kunulua – later Tayinat – the capital of the Iron Age Neo-Hittite Kingdom of Patina (ca. 1000-738 BCE). The site is approximately 75 kilometres west of the Syrian city of Aleppo. 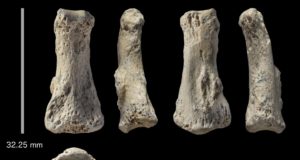