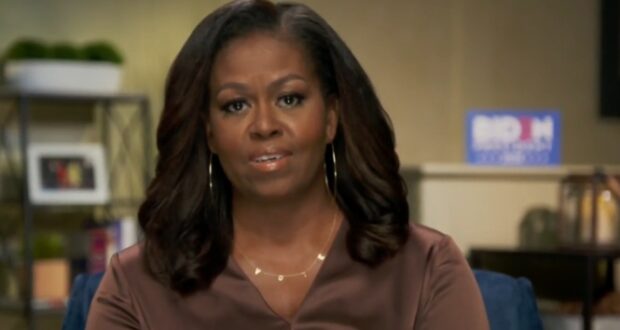 Wearing a viral DNC ‘V-O-T-E’ necklace, Michelle Obama brought to the Democratic National convention Monday an entirely new twist to lash out at President Donald Trump with her fiery speech that obliterated the candidates.

Urging Americans to vote for Joe Biden, she said, he “is not perfect,” but “there is no perfect candidate, no perfect president… His ability to learn and grow — we find in that the kind of humility and maturity that so many of us yearn for right now.”

Reiterating the popular contention that things cannot go worse than what they are, she reminded the US voters that “if you think things cannot possibly get worse, trust me, they can — and they will if we don’t make a change in this election.”

The former First Lady said in a pre-recorded two-hour video address, “If we have any hope of ending this chaos, we have to vote for Joe Biden like our lives depend on it.” She said the country had been “living with the consequences” of the 2016 election and reminded that apathy to vote for right candidate results in disaster.

The widely popular message caught up with Republicans who described it as overshadowing the main candidates — Joe Biden and Kamala Harris — in the 2020 Democratic National Convention. In fact, the message has obliterated all the negative views which may have gone in among the democrats since the selection of Kamala Harris and not other candidates in waiting.

“Whenever we look to this White House for some leadership or consolation or any semblance of steadiness, what we get instead is chaos, division, and a total and utter lack of empathy,” Michelle Obama said, defending the choice of candidates for Presidential race this time.

Ever since the coronavirus pandemic started “people shouting in grocery stores, unwilling to wear a mask to keep us all safe has made the children of this country torn apart by “torch-bearing white supremacists,” she reminded them. “Sadly, this is the America that is on display for the next generation,” she said. “That’s not just disappointing; it’s downright infuriating.”

“He cannot meet this moment. He simply cannot be who we need him to be for us. It is what it is,” she said sending out a unity call stating that “we live in a nation that is deeply divided,” she reminded.”

Reiterating her infamous 2016 slogan, she said, “when they go low, we go high” and redefined going high means harder path and standing fierce against hatred, unlocking the shackles of lies and mistrust. Finally, she declared that “Donald Trump is the wrong president for our country.” 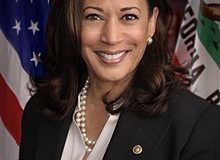