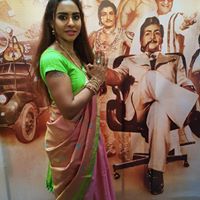 The heatwave generated by the “Me Too” movement in Hollywood is now sweeping the Telugu film industry when TV journalist-turned-actress Sri Reddy removed her clothes in protest against sexual harassment by brokers and middlemen.

She was arrested immediately for creating nuisance in public space but she was able to dent the image of the worsening Telugu film industry with allegations of “casting couch” or sexual harassment being as common as putting on make up before the clap of a scene.

Sri Reddy has her own demands, some personal and many for the industry’s new entrants. She has been denied membership in the Movie Artistes Association (MAA) but her overture has left many Telugu film directors and producers in a shock. Her candid interview on a TV channel recently left viewers wondering how many women artistes end up washing sperms off their bodies every morning.

The actress has long been making allegations that the Telugu film industry is denying local Telugus the genuine roles and encouraging imported heroines from the north or Bollywood, while Mumbai ill-treats Telugu artistes or relegates them to minor roles. Despite sending nude photos, rarely they get any role befitting the promise made to them, she says.

Her “Sri Leaks” on Facebook has been raging over the last 10 days and the actress is openly challenging directors, brokers and middlemen for not honouring their word to get roles for local Telugu artistes but paving the red carpet for imported non-Telugu actresses.

One director Sekhar Kammula, whose name she revealed openly, has warned her of a defamation case. In his Facebook post, the director said: “APOLOGIZE and take back every word that was posted against me or be ready to face legal action, which will include criminal/ civil proceedings (sic).” He was known for his Telugu hits such as ‘Fidaa’ last year and ‘Happy Days’ earlier.

Undaunted, Sri Reddy is adamant as ever. She said she is ready to fight legally as she has every proof to back all her allegations. That’s where the ill-reputed industry is caught clueless.

Following the Saturday street nude show by Sri Reddy, the Telugu Film Chamber of Commerce rushed to a closed-door meeting in Jubilee Hills, Hyderabad where Rakul Preet, Manchu Lakshmi and director Nandini Reddy among others, discussed the impact and action to be taken against her.

But Hollywood #MeToo movement has reached Hyderabad much earlier than expected. 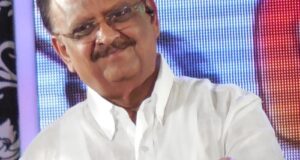