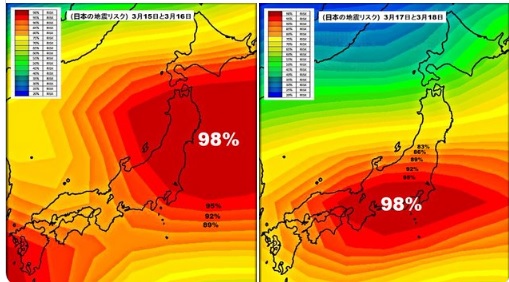 More than 2 million homes in Tokyo went without electricity as a powerful 7.3M earthquake jolted the Tokyo region. The quake shook large parts of eastern Japan, including the capital, where buildings were seen swayed violently during the earth quake. At least two people were killed and dozens more were injured, according to Kyodo News.

As power was snapped by the TEPCO, East Japan Railway Co. suspended most of its train services. The utility service company — Tokyo Electric Power Company Holdings (TEPCO), which operates the Fukushima Daiichi nuclear plant where the cooling systems failed after the 2011 disaster, said workers found no abnormalities at the site, which was in the process of being decommissioned.

The Japan Meteorological Agency said the quake hit at 11:36 p.m. at a depth of 60 km below the sea. The epicentre was located off the coast of Fukushima in northern Japan. However, the Pacific Tsunami Warning Center said there was no tsunami threat.

The northern Japan witnessed a deadly 9.0 quake and tsunami 11 years ago on March 11 that caused nuclear plant meltdowns in Fukushima.

The state-owned NHK TV reported some incidents of fire and damage to buildings and falling rocks in Iitate town in Fukushima. Several residents captured the shaking inside homes and posted them on social media as seen below:

Footage from #Japan after the magnitude 7.3 #earthquake. pic.twitter.com/7xjm26StdX 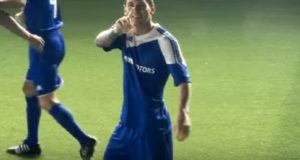