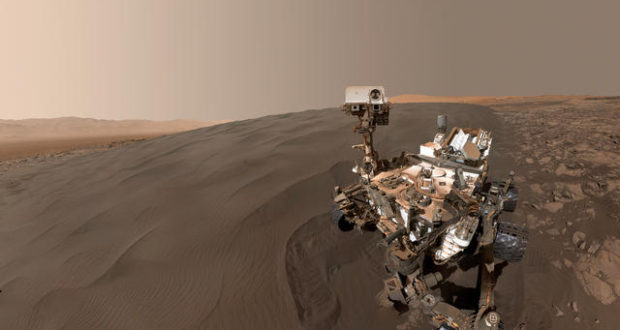 NASA has always been accused of wrong doing in space or hiding aliens or UFOs spotted in the sky and the US space agency has kept silent or denied very often any such conspiracy theories and the lastest one was Anonymous video and in less than a week another conspiracy theory has hit the agency.

In a bizarre revelation on Jones’ TV show , Robert David Steele, an erstwhile CIA officer proposed that kids have been secretly shipped to Mars in the last two decades to live and work as slaves. However, his contention had no evidence but enough of an allegation that forced NASA to deny it.

In his allegations, Steele said: “We actually believe that there is a colony on Mars that is populated by children who were kidnapped and sent into space on a 20-year ride. So that once they get to Mars they have no alternative but to be slaves on the Mars colony.”

Jones pointed out that 90 percent of NASA’s missions are secret and hence the allegations get credence. Soon, a NASA official gave a curt statement to the Daily Beast, which had published the allegation:

The “discovery” or allegation was made after showing an image on Mars that showed tracks, which looked like man-made.