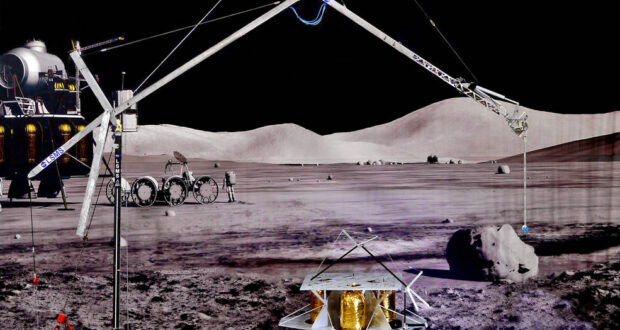 LSMS is a lightweight, scalable, and versatile long-reach manipulator that combines high structural efficiency and robustness with the enhanced dexterity and multi-functionality of a deployable robotic arm. Credits: NASA

Like a Swiss Army knife, NASA’s Lightweight Surface Manipulation System (LSMS) technology is likely to find many ways of usage on the surface of Moon as part of its Artemis moon program.

This lightweight robotic crane with a structurally efficient truss frame and cable actuation mimics the movement of a human arm, but with a much longer reach as seen in the visual provided by NASA. It is scalable to fit any sized lander, vehicle, or surface application and can use a toolbox of quick-interchange end-effectors, or tools, that allow it to act as a hoist, forklift, regolith scoop, welder, said the US space agency.

“The unique thing about the LSMS is its dexterity and multi-functionality,” said Barmac Taleghani, project manager at NASA’s Langley Research Center in Hampton, Virginia.

The LSMS tested at Langley more than a decade ago to demonstrate the concept for offloading large payloads, such as habitats and rovers, from landers on human exploration missions. Once it is used on the moon’s surface, it’s likely to be sent to Mars too in future NASSA programs.

“We started thinking about additional tools that could be useful so that when you land the LSMS it could be used for multiple tasks,” said Tom Jones.“You’ve already carried that mass there; why not reuse it?”

Meanwhile, LSMS has been upgraded to include a suite of new tools, such as a bucket truck end-effector for digging and maneuvering regolith, a forklift tine tool for lifting cargo pallets, and a welding tool, in addition to greater autonomous functionality. The next design is on a larger for a large cargo to lunar lander under the artemis project.

Although similar in structural design to a terrestrial crane, the LSMS uses a cable-driven actuation system to articulate its arm links and precisely maneuver payloads.
Credits: NASA

“As we establish a sustainable presence on the Moon under the Artemis missions, we will need to start setting up multiple elements, and there will be a wide range of tasks that could leverage the versatility and functionality of the LSMS,” Jones said.

The new LSMS will be similar in size to the original prototype with about a 25-foot reach and will be able to lift payloads weighing around one metric ton on the Moon, equal to approximately 2,200 pounds, or the size of an elephant.

Jones further said, “LSMS is designed to operate either on the Moon or Mars or really any kind of planetary body. There may be different environmental concerns depending on the destination, but the hardware would be very similar.” 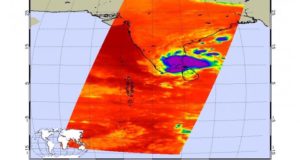