The ongoing battle for engineering course aspirants is on high tide with Karnataka CET 2018 counselling rounds extending the last date for option entry while Comedk, collecting more than double the fee is fast filling the quota.

Ironic but the Karnataka government-backed engineering entrance test bodies have been paying little sympathy to the woes of students and parents who are hapless with the delaying tactics of the KCET and falling prey to Comedk diktats to pay fee much before, thus locking the students from changing their mind later.

As of Wednesday, KCET was supposed to have published the third round or the so-called Second extended round of counselling results but the Karnataka Examinations Authority (KEA) has again extended the date beyond August 10, thus effectively pushing the students to opt for high-payment engineering seats, while more than 27,000 seats are still available under its quota.

Parents have repeatedly complained about the tactical move by these two examination authorities which helps private engineering colleges to collect higher fee and keep the government-quota seats under wraps till then. Moreover, the fee has been increased by more than what the panel has recommended and all the colleges have been given a free hand to collect anywhere between Rs.40,000 to Rs.48,000 as maintenance fee by every college, defeating the purpose of government supervision.

Despite repeated assurance by the AICTE and the Ministry of HRD at the centre, the allotment of state-wise engineering seats have not been brought under the purview of the JEE Mains this year and it remains to be seen whether the government is serious to unify the engineering entrance tests in the country on the lines of NEET under one roof during the election year in 2019.

As of now, the mushrooming engineering colleges are collecting huge fees filling the seats under COMEDK, while hapless and anxious parents are shelling out Rs.183,600 as Comedk fee per year while the government seats at Rs.56,930 remain unallotted owing to delay tactics of the Karnataka Examination Authority.

More than this fixed fee, students have been asked to pay an additional Rs.48,000 for maintenance by each college. Not all colleges have sufficient hostel facilities and have tied up with Paying Guest houses outside for even girl students. Despite insufficient infrastructure, the colleges have been given a free hand to collect higher fee and even allowed to lower their teacher-student ratio drastically from this year.

Justified or not, the modus operandi is increasingly getting notorious and deceptive, while the government bodies have become silent spectators to the ongoing high-fee education mafia in Karnataka, which was once famous as the donation state of the country. It’s again getting back into its infamous fold. 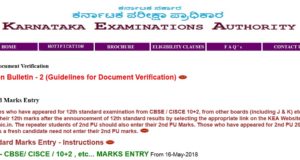