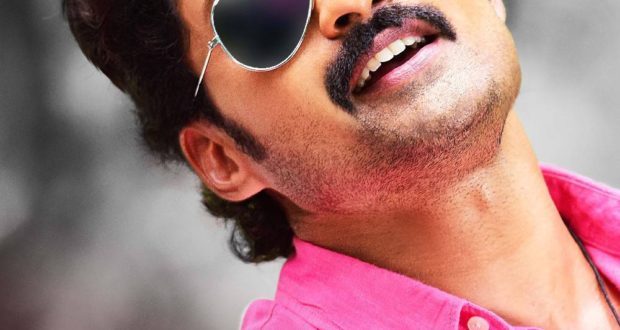 Nandamuri Kalyan Ram will be seen as the hero in the latest film produced by East coast Productions and Cool Breeze Cinemas. The film will be produced by Kiran Muppavarapu and Vijaykumar Vattikooti. Jayendra is the director & Mahesh Koneru is presenting the film.
The first scene had the clap from Jr.NTR and camera was switched on by Shyam Prasad Reddy followed by the first shot direction Krish. Nandamuri Harikrishna handed over the script to the director.  This event took place at Ramanaidu Studios, Hyderabad.
Thanking the producers, Kalyan Ram said: “I have been doing different films right from the beginning of my career which started 13 years ago. No matter how different they were, the films had commercial elements. But when I heard director Jayendra’s script, there was a new point.  I was yearning to do a romantic comedy since ages and my wish will be fulfilled with this film…Aishwarya Lakshmi will be introduced to Telugu Cinema with this film and I am sure this film will be an enthralling entertainer.”
Mahesh Koneru said, “I really hope this fresh banners Eastcoast Productions and Cool Breeze Cinemas would make even more interesting films in the coming future.  I am glad to get the opportunity to showcase hero Kalyan Ram in a cool, romantic avatar. I personally thank Kalyan Ram for having the faith in my work. The first schedule of this film will start in Arcot from August 5-7th. Then, we will move to Hyderabad from August 15th till September ending. We are planning to release the film in the first quarter of 2018.”
Producer Vijaykumar Vattikooti said, “ This film is a result of all those cast and crew who are extremely passionate about Cinema.  Kalyan Ram’s positive energy will surely make us even more optimistic. We are quite confident that Sharath would give great music for the film Subha garu has given wonderful script. I don’t need to exclusively tell about director Jayendra’s vision as his work speaks more than words. I feel extremely delighted to work with a celebrated cinematographer like P.C.Sreeram.”
Director Jayendra said he was excited to work with Kalyan Ram for a romantic entertainer. Ram will be seen in a totally changed over look for the film. “I am eagerly awaiting to work with him and I am really glad to get such passionate duo of producers,” he noted.
Kiran Muppavarapu said that it is definite that the film will be liked by all sections of audience and P.S.Sreeram expressed his happiness to be a part of this young team.  The female lead Aishwarya Lakshmi expressed her moment of pride to work with a legendary cinematographer like P.C.Sreeram and looking forward to work with such vibrant team.