Japan Behind Amelia Earmart Disappearance in 1937? Not Convincing!

First woman pilot Amelia Earhart who disappeared in her 1937 flight around the world still remains a mystery. Eighty years after, on July 4, 2017, when the United States was celebrating its Independence Day, news channels are abuzz with new evidence blaming Japan for her disappearance.

A newly surfaced photo from the National Archives shows Amelia Earhart and navigator Fred Noonan with a lable “Jaluit Atoll,” an area in the Marshall Islands in the Pacific Ocean, with the Japanese ship Koshu in the background.

“We have no evidence anywhere that she crashed into the ocean, even though that’s been the common narrative for so many years,” Shawn Henry, former FBI officer, told Today Show. “I think we have a lot of evidence that she lived and survived in the Marshall Islands.”

Photographic evidence of Amelia Earhart and Fred Noonan in the Marshall Islands has been found in the National Archives. pic.twitter.com/sCcJoGx4fK

The photo was discovered while working on a project for History Channel special “Amelia Earhart: The Lost Evidence,” and the project producer Gary Tarpinian alleged in the TV show that the Japanese took Pilot Amelia Earhart to Saipan in the Mariana Islands and imprisoned her until death.

Earhart was last seen on July 2, 1937, taking off from New Guinea to travel to Howland Island as part of her Around the World Flight. The theory put forward by the makers of the documentary for History Channel is that the aircraft crashed and both Earhart and Noonan were captured alive by the Japanese and held them caprive for spying.

However, the evidence of a photo unearthed from the American Archives is not convincing. Had it been from the Japanese archives, then there is a story to be excited about. Contrary to the Marshal Islands story, a representative from the International Group for Historic Aircraft Recovery, told The New York Times that they believe Earhart landed on the island of Nikumaroro after sending distress signals and was ultimately stranded.

The History Channel crew, however, suggest that Japan hand behind Earhart’s disappearance may have been covered up by government officials though it holds no strong connection. Why should government officials hold back the truth? Earhart was neither a spy nor a political leader worth ransom for the Japanese to confine her.

Secondly, neither US nor Japan had any inclination to capture citizens, let alone imprison them on spying charges as no signs of World War Two were prevalent as of July 1937.

Thirdly, Japan had no strong reason to imprison Earhart secretly for so long as it could have established her identity easily in a month or two and returned her. Moreover, Japan was totally pre-occupied with its adventures in Manchuria to bother about the American presence in Marshall Island.

But for a July 4th show, it’s worth watching. 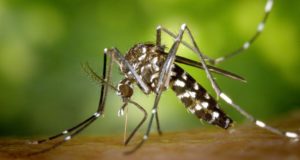