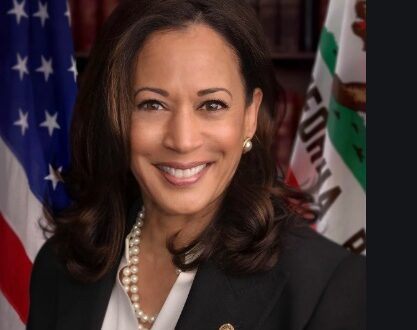 As expected, Joe Biden has chosen Kamala Harris, the voice for coloured people as well as Indian Americans and prominent senator from California, as his Vice President running mate, setting the speculations to rest on Tuesday. Her selection is likely to send shockwaves even among her own followers and India as well.

Harris, who was among those who pitched for Presidential race but withdrew later faced off Joe Biden in the 2020 first primary debate on racial issues. Her views, however, stood the ground that Biden has chosen her as she represents not onl the Indian-origin community but also the Black due to her descent.

Kamala’s grandfather was from Chennai who had participated in India’s freedom movement and later served as a senior diplomat when India attained independence. Moreover, she would be the first woman American vice president, if elected.

Harris represents the racial diversity that Biden wanted prominently to reassure the huge number of voters when the Black Lives Matter movement is knocking the very roots of the United states political system despite the vicious Covid-19 is downrating the country’s economy. Kamala Harris, 55, will be 22 years younger to Biden, who would be the oldest president-elect in U.S. history.

“You make a lot of important decisions as president. But the first one is who you select to be your Vice President. I’ve decided that Kamala Harris is the best person to help me take this fight to Donald Trump and Mike Pence and then to lead this nation starting in January 2021,” Biden wrote in an email from his campaign to supporters. “I need someone working alongside me who is smart, tough, and ready to lead. Kamala is that person,” he wrote. “I need someone who understands the pain that so many people in our nation are suffering. Whether they’ve lost their job, their business, a loved one to this virus.”

“This president says he ‘doesn’t want to be distracted by it.’ He doesn’t understand that taking care of the people of this nation — all the people — isn’t a distraction — it’s the job,” Biden continued. “Kamala understands that. I need someone who understands that we are in a battle for the soul of this nation. And that if we’re going to get through these crises — we need to come together and unite for a better America. Kamala gets that.”

In her reply, Kamala Harris tweeted, “can unify the American people because he’s spent his life fighting for us. And as president, he’ll build an America that lives up to our ideals. I’m honored to join him as our party’s nominee for Vice President, and do what it takes to make him our Commander-in-Chief.”

Both Biden and Harris will appear together at the campaign from Biden’s hometown of Wilmington, Delaware, on Wednesday.

Harris, a native of Oakland, California, and the child of Jamaican and Indian immigrants, worked as attorney general, closely with Biden’s late son, Beau Biden, when he was Delaware’s attorney general, particularly in challenging big banks amid the housing crisis. She also wrote a book, “The Truths We Hold: An American Journey,” where she revealed how she worked with Beau Biden.

Though Miami debate left behind a bad taste in their views, which Trump immediately tried to focus on. Soon after the announcement, at a White House press conference, Trump said Harris was “nasty” and “disrespectful” to Biden during the primary. “She was nasty to a level that was just a horrible thing, the way she was,” Trump said. “I won’t forget that soon.”

However, after she left the race, Harris had extended her full support to the Biden campaign, holding joint fundraisers and roundtables around issues like the racial disparities in coronavirus cases and protecting the Affordable Care Act. In a June she went on successfully raising $3.5 million for the campaign.

However, back home in India, her selection and possibility to become the US Vice President may send shockwaves as she was among those who opposed New Delhi’s policies in Jammu and Kashmir and revocation of autonomy.

She has reportedly said: “We have to remind the Kashmiri people that they are not alone in the world. We are keeping track on the situation. There is a need to intervene if the situation demands.” Notably, Harris was among the India-origin Democrats, barring Raja Krishnamoorthy, who boycotted the Howdy Modi event in Texas.

When Biden wins the November Presidential election, it will be pertinent for Indian forign minister and the Indian diplomats to work their way through to meet her expectations, especially on Jammu and Kashmir issue.