Indian Railways comes to the rescue of Bangalore traffic jams

In view of increasing bumper-to-bumper slow-moving Bangalore traffic during the peak hours, Indian Railways has come out with a plan to run suburban trains between Bengaluru-Whitefield section, in addition to 26 suburban trains introduced elsewhere in the city in the last one year.

The project, involving Rs 492.87 crore, has been approved for construction. The 25 km stretch will connect six stations–Bengaluru Cantonment, Bengaluru East, Baiyyapannahalli, Krishnarajapuram, Hoodi and Whitefield, to benefit an estimated 62,000 daily commuters in this section, said the railway ministry in a statement.

To be completed by 2021, the project will help to ease the traffic in the burgeoning IT hub area of whitefield. Currently, 146 trains are running from Bengaluru and 94 trains from Yesvantpur stations, and out of them 122 are essentially suburban trains catering the commuters in the vicinity of Bengaluru.

The Railways said four additional suburban services between KSR Bengaluru-Baiyyappanahalli and Baiyappanahalli-Bengaluru have been introduced.

Indian Railways has been on a fast track these days introducing fast and online tendering system for infrastructure and timely settlement of tenders.

"It is once again reiterated that all tenders should be finalised within the normal validity period," wrote the Railway Board to all its production units as well as other departments recently, urging to follow a fixed timeline for execution of every contract. 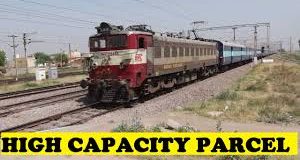 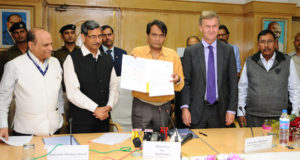 Indian Railways Pondering ‘Subsidy’ Give Up Scheme on Tickets