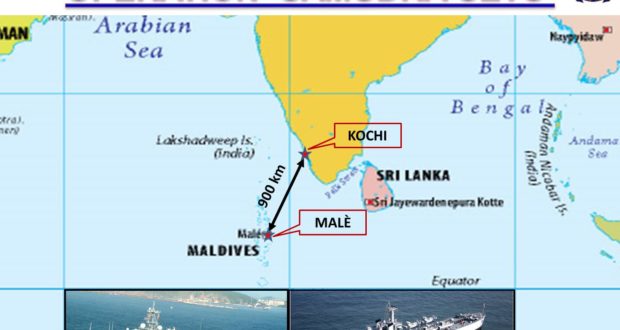 Indian Navy has already repatriated 1,488 Indian nationals from Malè to Kochi during the previous phase of operations from May 8, 2020 as part of Phase-1. The ships have been suitably provisioned for the evacuation operation. The evacuated personnel would be provided the basic amenities and medical facilities during the sea-passage.

Indian Naval Ship Jalashwa brought 588 Indian citizens, including six expectant mothers and 21 children on 15 May from Maldives as part of Operation Samudra Setu, braving rain and winds gusting at 30-40 knots at Male. The ship staff ensured completion of all formalities for the manifested passengers while observing safety and medical protocols, though the inclement weather hampered the embarkation process requiring various pre-embarkation activities to be done onboard the ship itself.

Indian Missions in Sri Lanka and Maldives are preparing a list of Indian nationals to be evacuated and will facilitate their embarkation after requisite medical screening. COVID-related social distancing norms have been catered onboard and evacuees would be provided basic amenities and medical facilities during the sea-passage.

After disembarkation at Tuticorin, the evacuated personnel will be entrusted to the care of State authorities. This operation is being progressed in close coordination with Ministries of External Affairs, Home Affairs, Health and various other agencies of the Government of India and State governments.

Earlier, Indian Prime Minister spoke to Sri Lankan PM Mahinda Rajapaksa on the occasion of completing 50 years since his first entering Parliament. The leaders discussed the health and economic impact of the prevailing COVID-19 pandemic and the measures being taken in the two countries to counter them. PM Modi assured his counterpart that India stands ready to extend all possible support to Sri Lanka during this challenging time. 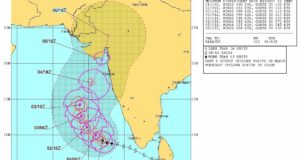 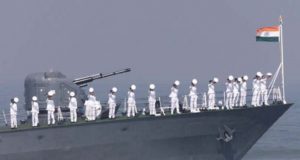 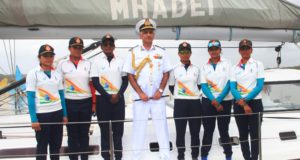