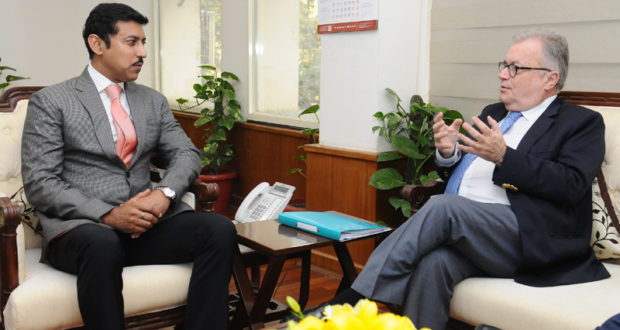 India, Portugal to Work Out Pact on Co-Production in Films Sector

India and Portugal have agreed to work out modalities for a co-production agreement in the Film Sector and an agreement would be framed in a time-bound manner keeping in mind the legal aspects, said a statement.

The possibility of an MoU between the Public Broadcasters of both the Countries to share best practices and seek cooperation in Technical and Content related matters was discussed during the talks between Indian Minister of State for Information & Broadcasting Col. Rajyavardhan Rathore and Portugal Minister of Culture, Mr. Luis Filipe Castro Mendes on Tuesday in New Delhi.

During the deliberations, Col. Rathore apprised the Portuguese Minister on the initiatives taken by India to provide Single Window clearances for Foreign Film Producers in the country through the Film Facilitation Office. He also highlighted the prestigious National Film Heritage Mission of the Government to Digitise, Restore, Preserve the rich filmic heritage of the Country.

Rathore also apprised the Portuguese Minister about the IIMC and FTII as the premier educational institutes in the field of Journalism and Film Production respectively in the country. Both Ministers also discussed the possibility of Student Exchange programmes between educational institutions of both the countries.

Ministers also expressed interest for possible co-operation in the areas of Renewable energy, information and communication technology and Start-ups. 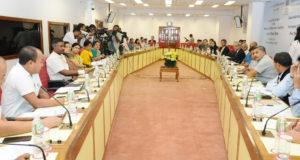 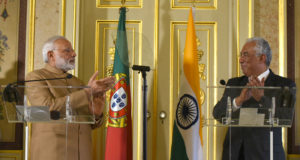 India and Portugal: Modi Trumps up Support for start ups