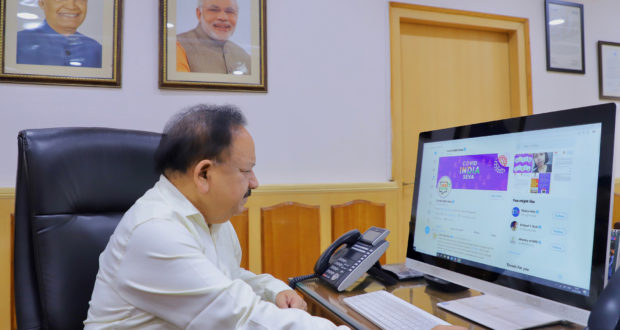 India witnessed 1,383 fresh coronavirus cases on Tuesday, April 21 pushing the cases almost touching the 20,000-mark at 19,984, according to the latest data released by the Union Ministry of Health. The deaths have risen to 640 after 50 casualties were reported on Tuesday, while 3,869 people who had been infected with conoravirus have recovered.

Maharashtra remains on top as the the worst affected state with 5,218 cases and 251 casualties. The other states which follow include: Gujarat (2,178), Delhi (2,156), Tamil Nadu (1,596), Rajasthan (1,659), Madhya Pradesh (1,552), Uttar Pradesh (1294) and Telangana (928). India’s medical research body Indian Council of Medical Research on Tuesday asked states to stop using the rapid antibody test kits for at least two days till the tests on their quality is examined amid reports that they are not fully effective.

However, India’s coronavirus situation is still under control as the world figure is mounting beyond 25 lakhs while the death toll has gone above 1.77 lakh, according to latest figures from Johns Hopkins University. US alone reported coronavirus deaths of 45,000 while the total number of confirmed cases crossed 8.2 lakh, almost four times as many as Spain, the second-highest nation in the list.

Meanwhile, the Ministry of Health and Family Welfare (MoHFW) has introduced Covid India Seva, a Twitter handle to offer real time responses to user queries on Covid-19.Launching the handle, Union Health Minister Dr. Harsh Vardhan stated that on the @CovidIndiaSeva handle, “experts will share authoritative public health information regarding Covid-19 swiftly at scale, helping to build a direct channel for communication with citizens.”

The Twitter handle for Covid India Seva can be accessed in all supported Indian languages by simply tweeting to @CovidIndiaSeva.

As attacks on medical staff are mounting in several states, Karnataka has brought out an ordinance, based on the Uttar Pradesh and Kerala model, making it punishable with jail term. The ordinance issued on Wednesday, stated that the ordinance will provide protection to the frontline health workers, in the wake of a mob turned violent in Padarayanapura area of Bengaluru on Tuesday when health workers were trying to shift suspected COVID-19 persons to the quarantine facility.