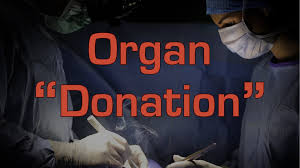 Increasingly, transplant surgeons must initiate a tough conversation: explaining to patients what it means to accept an organ from a person who died from a drug overdose.

Organ donors who recently injected drugs, as well those who were incarcerated or had sex for drugs or money, are among a growing group of people classified as being at “increased risk” of an infectious disease such as hepatitis C or HIV.

But the label may not be doing patients any favors, according to a study about transplant trends and organ discard.

Despite the very low risk of disease transmission, patients in need are saying no to these organs, which account for 1 in every 5 deceased donor organs today.

Better guidance is needed for surgeons and patients on how much risk an increased-risk label actually presents to patients, says study author Daniel Kaul, M.D., director of the Transplant Infectious Disease Service at Michigan Medicine.

For a study published in Transplantation, Kaul led an analysis of Organ Procurement and Transplantation Network (OPTN) data showing organs labeled as increased risk are 7 percent less likely to be used than organs without the label.

“Overall utilization was less despite the extraordinarily low risk of disease transmission,” says Kaul, a professor of internal medicine at the University of Michigan. “The organ may have gone to the next person on the transplant waiting list, but it might not have been used at all.”

Also troubling, utilization rates of PHS-IR organs varied dramatically by geography. Depending on the donation service area, transplantation of available adult kidneys from increased-risk donors ranged from 20 to 100 percent, the analysis found.

“What that tells us is there may be a different understanding of true risk associated with this label — from one center to another and even within a center, from one organ specialty to another,” Kaul says.

If the increased-risk label did not exist, an estimated 313 more transplants could be performed in the United States each year, according to the study.

All organs identified as increased risk were less likely to be used with the exception of livers, for which transplant rates were nearly identical.

A possible explanation? Patients with liver failure may be too sick to say no. By comparison, a patient needing a kidney may continue dialysis and wait for another organ offer.

For most patients with end-stage organ failure, the immediate risk of dying is greater than the risk of getting an organ with an infection.

After rigorous screening, the risk of HIV or hepatitis C transmission from organ donation is low, at less than 1 percent — much less, for example, than the lifetime chances of dying in a motor vehicle accident.

Co-authored by Michael Volk, M.D., a former U-M physician now practicing in Loma Linda, California, and others, the study was published in a special issue of Transplantation that looked at reducing organ discard while safely maximizing organ availability.

Researchers analyzed criteria of donors from 2010 to 2013. The rate of nonutilization of increased-risk organs, the authors write, is likely now even higher because of a 2015 change to the PHS-IR criteria. Combined with the opioid epidemic, the change resulted in an increase in the proportion of organs with this label from 12 percent to 20 percent.

With little guidance about magnitude of risk, the stigma surrounding drug addiction can lead someone to turn down an organ that could save his or her life.

As of early October, about 116,500 Americans are waiting for an organ transplant. 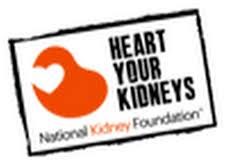 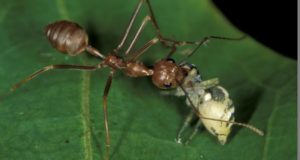