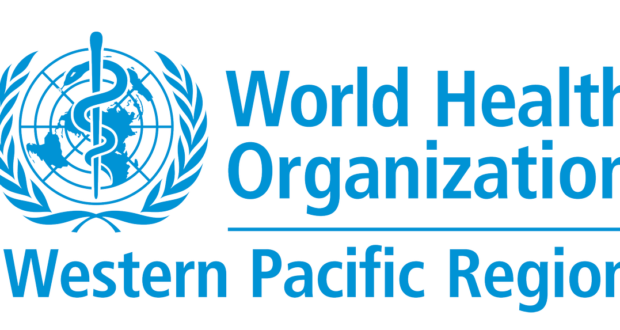 The World Health Organization (WHO) on Tuesday reiterated its earlier stand that the novel coronavirus originated in bats in China late last year and was not manipulated or constructed in a laboratory. This follows last week statement by US President Donald Trump that his government was trying to determine whether the virus emanated from a lab in Wuhan.

Though it was not clear how the virus had jumped the species barrier to humans, there had “certainly” been an intermediate animal host, she stressed.

Increasingly, reports have been going viral online stating that the virus has Wuhan lab origin and manipulated to mix it with HIV virus, making deadlier than any other virus known so far. The latest such report from the Washington Post on Tuesday revealed that hackers were able able to steal nearly 25,000 emails, passwords and classified documents allegedly belonging to the WHO, the Gates Foundation, as well as the Wuhan Institute of Virology, among other organizations. The details were posted on image board website 4chan, later shared on Pastebin, a text storage site, social media platforms Twitter and Telegram. 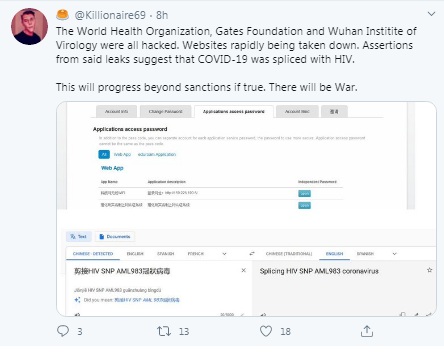 “Using the data, far-right extremists were calling for a harassment campaign while sharing conspiracy theories about the coronavirus pandemic,” said Rita Katz, Intelligence Group SITE’s executive director. “The distribution of these alleged email credentials were just another part of a months-long initiative across the far right to weaponize the covid-19 pandemic.”

Earlier, Luc Montagnier, a Nobel winning French scientist who co-discovered HIV (Human Immunodeficiency Virus) came out with a theory that the novel coronavirus came from a lab, denying WHO and Chinese government clims to the contrary. Montagnier claimed that the new ‘SARS-CoV-2’ virus came as a resultant in attempting to manufacture a vaccine for the AIDS virus, which may have got accidentally released. He claimed it in a podcast by Pourquoi Docteur and also in a TV interview on April 17.