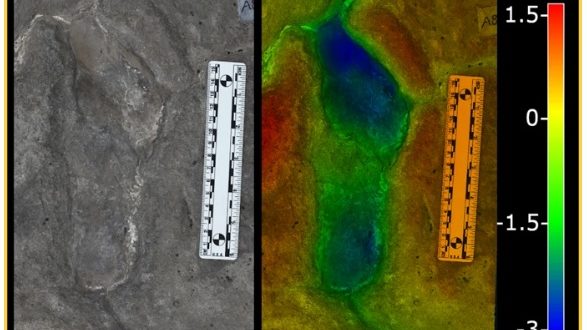 The largest collection of footprints from the human fossil record in Africa belonging to human life during the Late Pleistocene period (126,000 to 11,700 years ago), suggests a division of labour in ancient human communities.

Arcaeologists Kevin Hatala and his team from the Center for the Advanced Study of Human Paleobiology, George Washington University, Washington DC, unearthed 408 human footprints in Engare Sero, Tanzania after the site was discovered by members of a nearby Maasai community.

The researchers dated the footprints to between 19,100 and 5,760 years ago. Based on their size, the distances between them and their orientations, the authors estimate their speed and suggest that 17 tracks of footprints were created by a group of individuals moving in a southwesterly direction.

“Within this assemblage is a collection of 17 trackways that is estimated to include at least 14 adult females traveling in the same direction and at similar speeds,” said researchers in their paper. 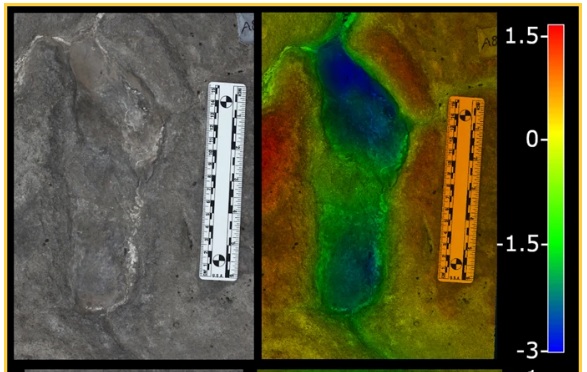 The group, besides 14 adult females, had two adult males and one young male. The authors speculate that the females were foraging together and were accompanied by the males, as this behaviour is observed in modern hunter-gatherers such as the Ache and Hadza. Essentially, the findings may indicate a division of labour based on sex in ancient human communities, said researchers.

In addition, six tracks of footprints oriented to the northeast, reflecting a broader range of variation in speed, may suggest that they were not a single group travelling together, but several individuals running and walking at different speeds. The findings provide clues to group behaviour of humans living in east Africa during the Late Pleistocene period, said the study.

“The Engare Sero footprint assemblage provides a tantalizing snapshot of the movements of a group of modern humans living in East Africa in the Late Pleistocene. These trace fossils offer windows into anatomy, locomotion, and group behavior, which help to supplement what is known from other forms of fossil and archaeological data,” wrote authors in their paper published in the journal Nature.

Footprints also provide evidence of body sizes from a region and area where skeletal fossil data are scarce, and they preserve direct evidence of both walking and running behaviors, said the authors. “This may represent direct fossil evidence of sexually divided foraging behaviors in Late Pleistocene humans. Such insights cannot be gleaned from most other forms of fossil data.”