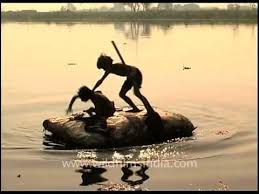 Drainage from Nallahs into Ganga River Still on

The National Green Tribunal (NGT) in its order dated 19th October, 2016 in OA No.200 of 2014 in the matter of M.C. Mehta vs Union of India had directed a joint inspection team to visit the area falling in Segment ‘B’ of Phase-I (Haridwar to Kanpur) and identify the number of drains joining river Ganga or its tributaries and make observations in relation to quantum and quality of effluent that is going to river Ganga or its main tributaries through drains.

Namami Gange Programme has been launched as a holistic approach to clean Ganga through various activities such as treatment of municipal sewage, treatment of industrial affluents, river surface cleaning, rural sanitation, afforestation and biodiversity etc. For checking entry of sewage affluents into river Ganga, sewage infrastructure projects are being sanctioned in towns along the main stem of river Ganga, which includes creation of Sewage Treatment Plants, sewage network projects and interception & diversion network to divert the flow of polluting drain towards treatment plants. To check industrial pollution, Central Pollution Control Board (CPCB) has inventorised 1109 Gross Polluting Industries (GPIs). These GPIs are being inspected and monitored regularly and closure directions are being issued to non-compliant industries.

This information was given by Union Minister of State for Water Resources, River Development and Ganga Rejuvenation Dr. Sanjeev Kumar Balyan in a written reply in Lok Sabha today. 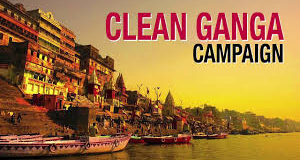